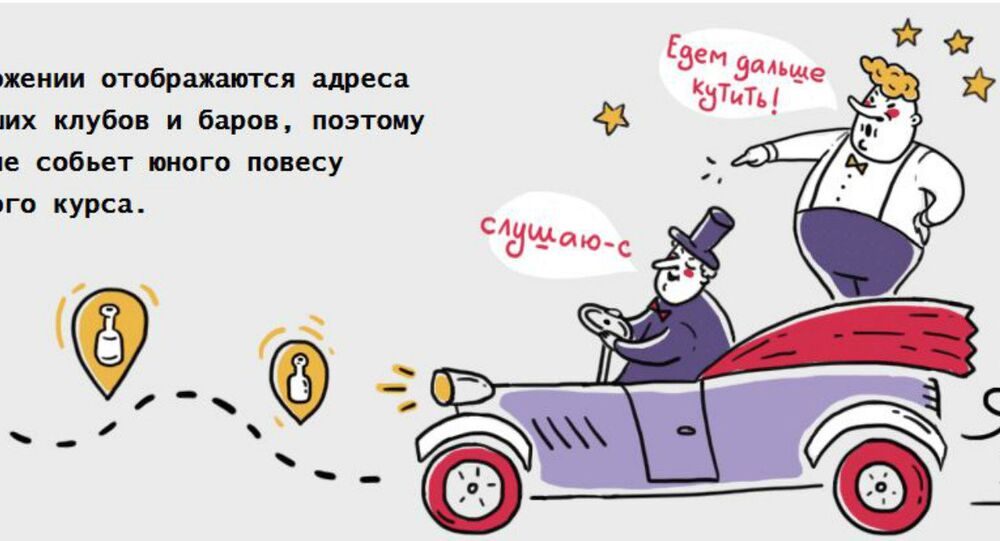 A new and innovative taxi service catering specifically to partygoers may launch soon in Moscow and St.Petersburg.

The service's founder, Andrei Azarov, told Sputnik that the idea to create such a service was essentially born out of two components, "analytics and the desire to party," as FixTaxi – another taxi service that he created before – gave him an ample opportunity to study the behavior of certain segment of its clientele during weekends.

He explained that one of the biggest advantages of this new service would be considerable discounts and low prices.

"For those aged 27 or younger there will be a discount from the average market rate. We’ll just take the biggest player’s rate and offer a discount from it. There will be no extra charges too, like the ones that Uber uses. There will also be a number of useful features included, like a list of establishments that one might like to party at, or a 'Nagger' buzzer which allows a partygoer to set a time when taxi should pick up him or her up after a revel and deliver them home," he said.

He added that the new program would also be quite lucrative to drivers because the company intends to set its commission at zero.

And according to Azarov, no analogues of Kutezh Taxi exist in the world as yet.

Right now the service’s creators have launched a promo website in order to gauge public reaction to the new service.