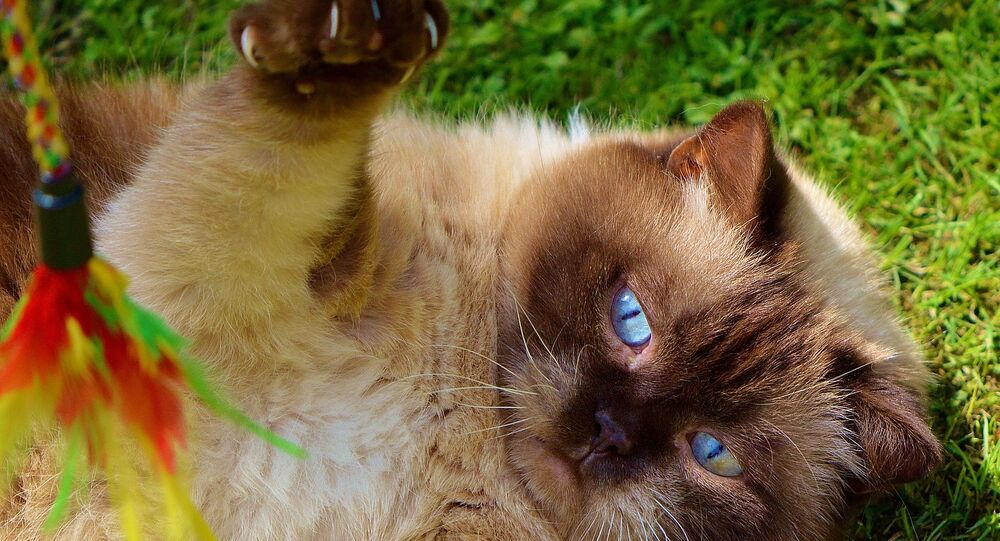 Researchers at Dartmouth University's Geisel School of Medicine have determined that a virulent parasitic protozoan common to cat feces may contain a universal cure for cancer.

© AP Photo / Mark Garten, United Nations
Czech Toilets Fight Against Prostate Cancer
The Toxoplasma gondii parasite is ubiquitous, as felines, including domestic cats, are its sole known host. The protozoan is highly dangerous, and can cause a row of diseases, including toxoplasmosis, rage disorder and schizophrenia.

However, recent scientific findings, published in the PLOS Genetics journal state that T. gondii could be effective in cancer treatment.

The scientists learned that proteins secreted by the parasite facilitate the immune system to destroy ovarian cancerous cells. Ovarian cancer ordinarily cannot be diagnosed at an early stage, drastically lessening the chances of recovery. The cancer is the fifth most fatal form of the disease among American women, taking the lives of over half of its victims.

To check the initial results, the team of researchers created a vaccine out of a T. gondii strain and tested it on mice. The T. gondii parasite proved to be effective not only on ovarian tumors, but with cancerous tissues in the breast, kidneys, liver and lungs.

Now the researchers are testing whether the parasite could be used with bacteria such as Listeria monocytogenes, to turn the immune system from tolerance toward pancreatic tumors to resistance.