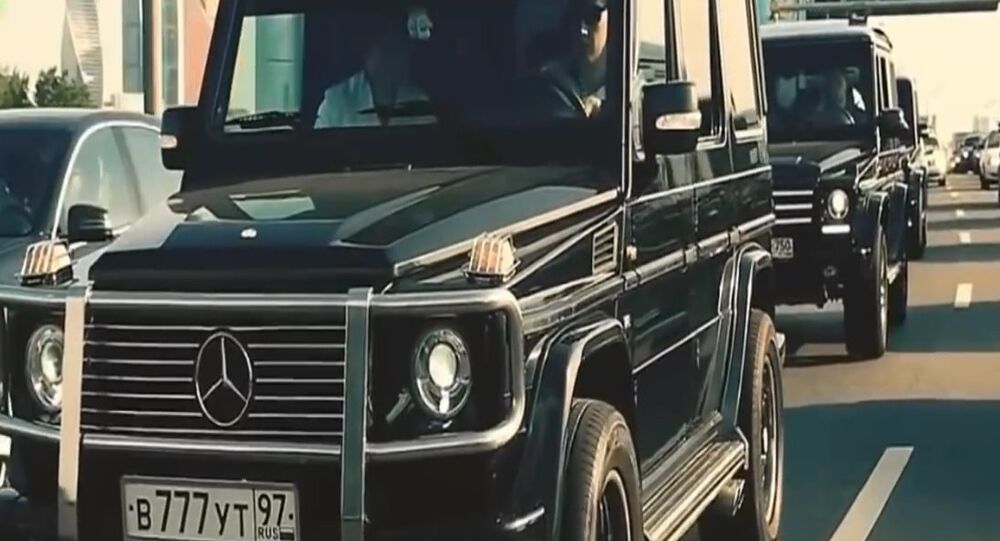 Joyriding FSB Grads' Only Career Options Are Siberia or Quit

Most of the graduates of Russia's Federal Security Service (FSB) Academy who staged a luxury car parade in Moscow last month ended up being posted in the most remote corners of the country.

In late June, a group of FSB Academy students decided to celebrate their graduation with pomp by cruising around Moscow riding 30 Mercedez-Benz G-Class luxury SUVs. The young people were honking their horns, snapping pictures of each other and leaning out of car windows – a behavior not uncommon among fresh graduates but hardly appropriate for security service agents, especially considering the fact that the participants even posted the footage of their exploits online.

As expected, this event, quickly dubbed the 'Gelandewagen parade' by Russian netizens, quickly drew a barrage of criticism from ordinary citizens and from FSB personnel, both acting and retired. The high-ranking officials at the security agency quickly made it clear that this act would not go unpunished, but the exact nature of the consequences they promised have only recently become clear.

The participants of this Gelandewagen 'rally' were offered a simple choice: either accept a post in the most remote regions of Russia or resign from service. Most of them chose the former, ending up assigned to distant Chukotka and Kamchatka in Russia’s extreme northeast, a source told LifeNews.

"It was vitally important for the FSB leadership to teach these graduates a lesson [following] such audacious behavior, but at the same time a decision was made to give them a chance," the source explained.

At the same time, the former graduates will be eventually allowed to transfer back to the capital if they perform their duties well enough.