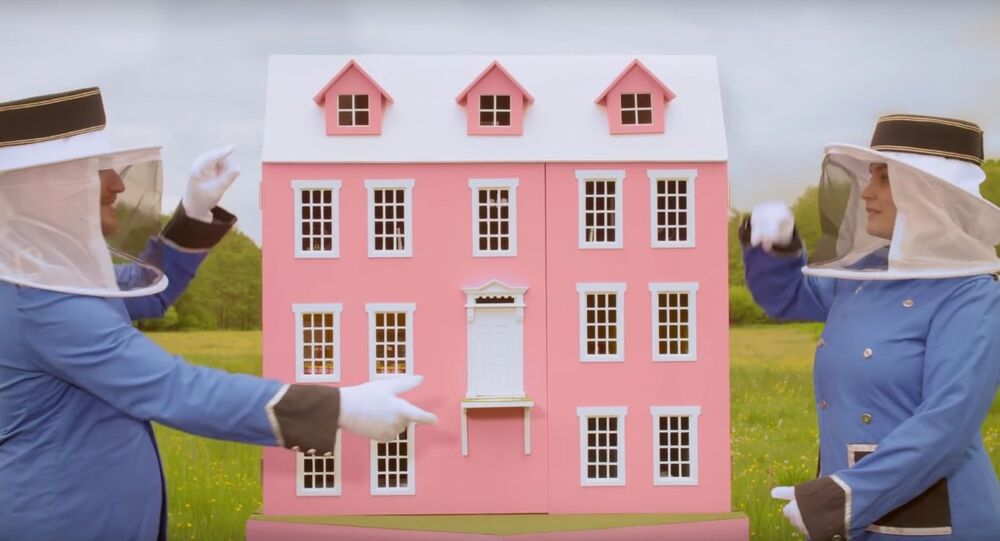 Bees are notoriously hard workers, but now they have the chance to relax in a scaled-down version of a hotel which was designed to raise awareness about the important role bees play in adding flavor to our food.

Food futurists have created the world’s first five-star hotel for bees, which was modeled on the Grand Budapest Hotel. The Taylors of Harrogate Bee Hotel is made out of balsa wood and in addition to rooms, it has a gym and even a restaurant, reports Creative Boom.

The London-based firm The Robin Collective developed the hotel’s design. From the outside, the construction looks like a mini-model of five-star hotel, while inside there are elements attracting bees that fly past.

ikram
Tiny Giant: Busy Bee Pulls Nail From Brick Wall
In addition to rooms, the hotel features a gym, so-called Mint Leaves, and the restaurant Pink Lemonade. It even has a royal suite, Sweet Rhubarb, which is specially designed for the Queen Bee with extra features, such as portrait of Beyoncé hanging on the wall and slightly sweetened water in the royal bath.

Earlier, a similarly unusual hotel was opened in Permian: hotel-shelter Violet for temporary room plants. It was designed for lovers of flora who have to leave for business trips or go on vacations. The hotel's services include expert consultations and timely watering.

The Birds and the Bees