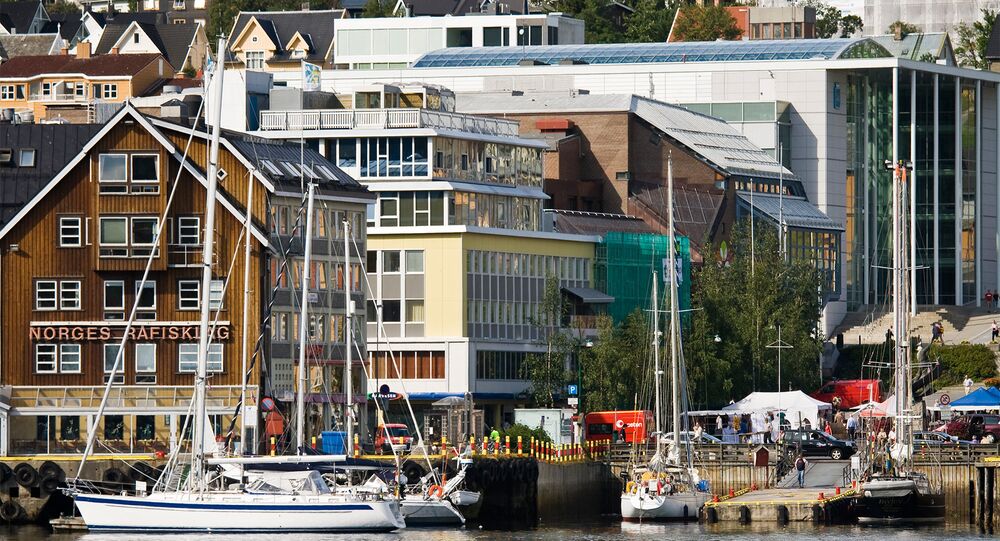 Excluding Iceland, oil-rich Norway is the only Scandinavian country to remain outside the European Union. Whereas inhabitants of the Oslo metropolitan area are divided on the issue, for northern Norway it is no question at all: northerners want to keep as far from the EU as possible.

© Photo : Pixabay
Revoked Privileges: Brits Have Second Thoughts on Norwegian Model
Support for the EU reached new lows as a recent poll found out that only 14 percent of the population in northern Norway are in favor of the country's membership. In the survey, conducted by pollster InFact on behalf of national broadcaster NRK and newspaper Avisa Nordland, 74 percent of Norwegians said they were against the EU, whereas another 13 percent were undecided.

In Norway's 1994 referendum, northern Norway voted 71.4 percent against EU membership (as opposed to the nationwide result of 52.2 percent against and 47.8 percent for the membership) and has remained loyal to its ideals ever since.

"I am against the EU. The way it has become, with so much bureaucracy, I don't think that would be right for us. It's time to give things a second though," Bodø resident Jan Møller told NRK.

© Flickr / GothPhil
Easy Come, Easy Go: Norway's Oil Capital Parts with Transient Enjoyments
Kjell Ingebrigtsen of the Norwegian Fisherman's Association told NRK that he found it reassuring that his fellow northerners were so uniform in their rejection of the EU. According to him, Norway's loss of control over its fishing territory would result in substantial losses.

"We have so many advantages here in the north, particularly with regard to fishing, that we would be better off taking advantage of them independently," Ingebrigtsen said, citing the importance of being able to make one's own decision.

For Ivar Kristiansen of the Confederation of Norwegian Enterprise (NHO) in the province of Nordland, the result of the poll was no shock. Like many other major entrepreneurs, the former MP believes northern Norway and the country in general sustained significant losses from its refusal to accept the EU.

"Remaining outside the EU implies that the region has not had the production growth and the population growth we could have had. We are also missing out a tremendous growth creation because the fishing industry remains on the outside. Now we are marginalized," Kristiansen said.

© Flickr / Visit Sørlandet
Immigrants to Secure Norway's Population Growth as Rural Areas Become Empty
According to him, the figures produced in the poll should be largely blamed on scaremongering of the population.

"Economically, we have managed to get by because of oil and gas. We have been able to stay outside. But our welfare is not a given. Europe is a safe haven in uncertain times like this," Kristiansen said, alluding to the oil crisis that upset Norway's economy.

Remarkably, this trend is mirrored in Norway's neighbor country Sweden, where negative attitudes towards the EU reach their peak in the sparsely populated northern region of Norrland. In Sweden, over 60 percent of northerners are still against the EU, which clearly contradicts Stockholmers' wishes, Svenska Dagbladet reported earlier this year.

Finns Party Pushes for Brexit-Style Referendum, Gets Lambasted by the Press