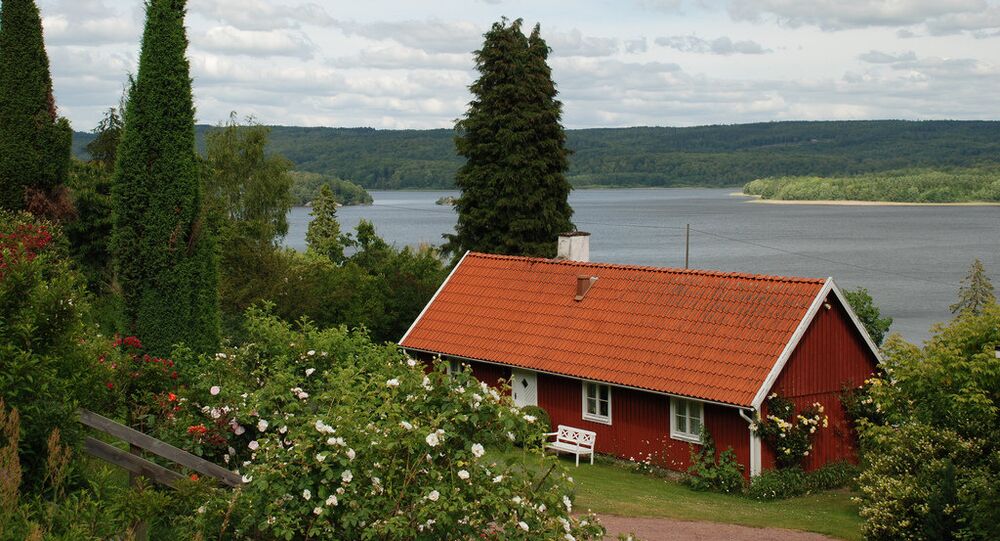 Even though the influx of refugees has slowed somewhat following the Schengen Area's toughening of immigration laws, Sweden is still struggling with the aftereffects of last year's refugee disaster. At times, Stockholm's solutions are indeed bizarre, yet follow clear business logic.

© Flickr / Chris Lofqvist
No Room at the Inn: Mass Migration Threatens Sweden's Tourism Sector
The little island of Ivön in Sweden's southernmost province of Scania has a population of 137 inhabitants. To make life merrier, the Migration Board plans to offer accommodations for 2,000 refugees there. Unsurprisingly, the very idea has infuriated the locals and stirred criticism in the municipality of Kristianstad.

The company Svenska Semesterhem is currently investigating the possibility of providing modular housing for over 2,000 tenants on the small island of Ivön, situated in Lake Ivönsjön in northeastern Scania, to make use of the lucrative new housing contracts the country's Migration Board has offered private companies. At present, the asylum contractor is planning to apply for planning permission to show the Swedish Migration Board that the plan is feasible.

However, Kristianstad Mayor Pierre Månsson believes that the proposal is anything but reasonable.

"It feels more like an April Fool's joke, and we will do everything we can to stop such a large housing scheme," Månsson told Swedish national broadcaster SVT.

© Flickr / Let Ideas Compete
Asylum-Seekers Now a Security Threat in Sweden
The municipality hopes that planning permission for so many homes will never be granted. Ivön island is designated a Natura 2000 site, and must meet higher environmental protection standards under a project mandating the strict regulation of sewage disposal, among other things. In addition, the ferry to the mainland restricts traffic, and is unfit to serve the needs of so many inhabitants.

"We are obviously too small for so many. It is completely ill-conceived," local dweller Elisabeth Olsson told SVT.

While the debate on whether or not migrants are beneficial for the Swedish economy continues, the 163,000 asylum-seekers who were admitted on Swedish soil last year have been a windfall for Sweden's low-income and temporary housing contractors, who consider last year's migrant wave a godsend.

Earlier this year, Sweden's largest accommodation operator, Jokarjo, was reported to have invoiced the Migration Board just over 345 million SEK (40 million USD), equal to 945,000 SEK per day (110,000 USD).

"I had hoped for more," Bert Karlsson told the Swedish tabloid newspaper Expressen.