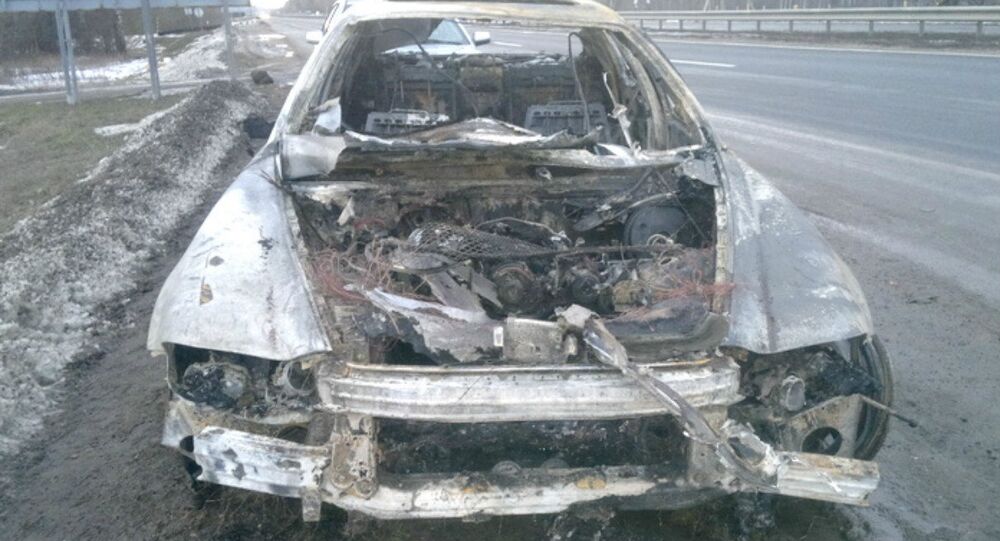 The perpetrator, a resident of Minsk, contacted the authorities in January, claiming that he'd been in a traffic accident. According to him, he was attempting to avoid a collision with a bicycle rider and crashed into a ditch, where his luxury car burst into flames.

However, investigators have determined that the man in fact torched the vehicle himself in an attempt to claim the car insurance money, Lenta.ru reports citing the local authorities.

The perpetrator, who is now being charged with fraud, even confessed that he found the bicycle he used in an attempt to imitate the accident on a nearby garbage dump.