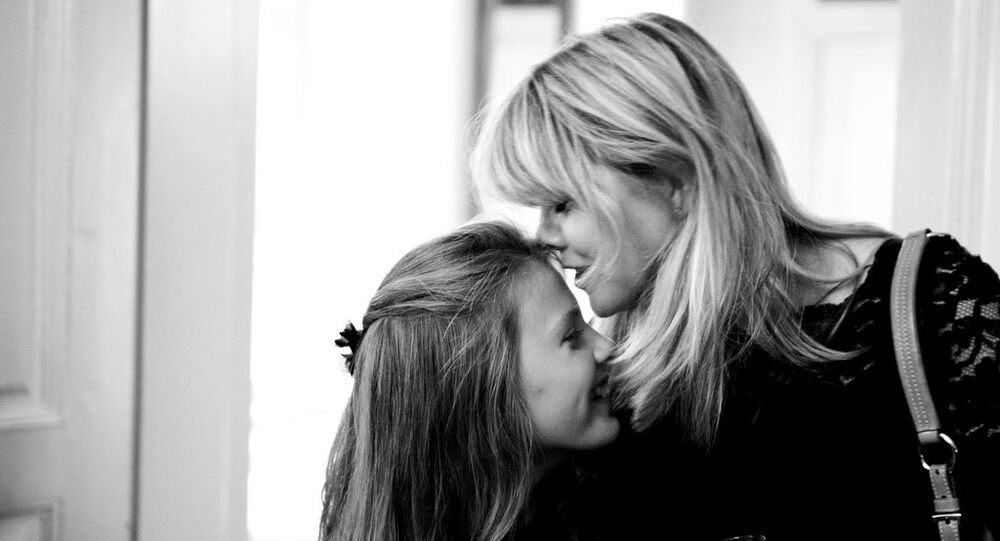 Danish nurseries and kindergartens are adopting a strenuous anti-kiss policy which specifically prohibits teachers from kissing pupils. While universal fears of pedophilia have professionalized the handling of children, the kissing ban has triggered a national debate and left Danish child care institutions divided on how far the law stretches.

"My impression is that the society's attention to the kissing rule only strengthened our conviction that a child should only be kissed by their mother, father and siblings, therefore our staff takes no initiative to kiss," Sanne Nielsen of the Rainbow kindergarten in Tønder told Danish newspaper Berlingske.

As the new anti-kissing law is steadily gaining ground in Denmark, a humanitarian organization Children's Welfare (Børns Vilkår) expressed strong criticism of the ban, saying that there is no harm in showing love and care by means of a kiss.

© Flickr / Jari Tammisto
Sweden Slaps Gropers on the Wrist With 'Girls-Only' Zones
According to senior consultant and longtime campaigner Bente Boserup, it is only natural that educators provide nursery and kindergarten children with comforting kisses when they are hurt, disturbed or sad.

"Educators should definitely be allowed to kiss the children as part of the care they provide. Ordinary kisses of support and encouragement on the forehead should not be sexualized. The same goes for when you kiss something better and say 'hocus-pocus, now it's gone!'" Boserup told the Danish newspaper Jyllands-Posten.

According to her, the kissing ban may, together with other similar rules within child care, result in a growing body scare.

"It's part of a culture that is gaining ground, according to which children should not be allowed to sit on one's lap and should not be kissed. People are sexualizing ordinary care, and this is worrying," she said. "It hardly helps the children if we as adults teach them to distinguish between ordinary love and care and adult sexuality," Boserup pointed out.

© Flickr / Djurens Rätt
Molesting Migrant Killjoys Spoil the Fun at Swedish Summertime Festivals
According to Boserup, children may also experience rejection and may feel as if they were being pushed away by the adult they are emotionally attached to.

Dorthe Boe Danbjørg, chairperson of the Danish parents' national association FOLA, called the kissing debate "a sign of the times."

"When my first boy was in day care, they played water games naked. They do not anymore. Today, there is more focus on the body and sexuality," Dorthe Boe Danbjørg told Berlingske.

Aarhus University research group Paradox specializes in the prevention of sexual violence against children, and has been following the changes in the kissing policy. According to researcher Else-Marie Buch Leander, dealings with children have become increasingly professionalized as the fear of pedophilia has been mounting.

© REUTERS / Dado Ruvic
Swedes Perplexed by 'Daesh Children' Falling Between the Cracks
"As showing one's fondness for children has become suspicious, fears of being misinterpreted have been growing. Before, manners were more familiar, and it was not considered harmful for educators to give children a kiss," Buch Leander said.

The kissing ban was launched when a kindergarten employee was reported to have touched children in an inappropriate way. Although the suspicion was unfounded, guidelines for dealing with children were set forth.