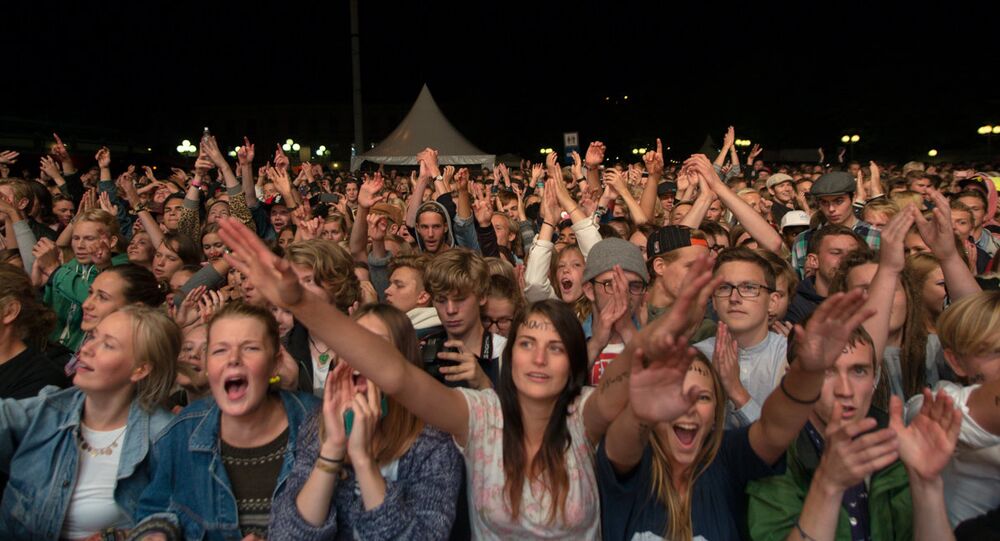 Swedish summers are a traditional period of open air festivities, but they have been tarnished by a wave of sexual attacks. Apart from verbal condemnation, the attacks have spurred festival organizers to establish women-only zones, a curious step for a nation known as a champion of gender equality.

"We must be prepared to do something active about it," Stafilidis told the Swedish newspaper Göteborgs-Posten, expressing hope that conventional measures like guards and volunteers would suffice against molestation.

Earlier, however, such measures proved all but sufficient, as dozens of sexual assaults were reported to the police during the Putte i Parken festival in Karlstad alone, with the youngest victim being only twelve. The unprecedented wave of sexual abuse triggered Swedish police to fight back with odd measures such as handing out bracelets emblazoned with "Don't Paw Me" at events frequented by young people to raise awareness. Ironically, some of the molesters were notoriously reported to be wearing the very same bracelets.

© AP Photo / David Keyton
Nordic Love of Aquavit Framed for Migrants' Sexual Molestation of Minors
This week, Värmland police identified the culprits behind the molestation at the festivals as "immigrant adolescents,", yet was forced to retract this formulation under pressure from the Swedish media, which for the sake of political correctness at all costs refrained from stressing the offenders' ethnic background.

Professor of criminology Jerzy Sarnecki said the police should "keep mum" until perfectly sure.

"There is a weird panic these days surrounding foreign young men, above all Muslims who are supposed to come to Sweden with the intention of raping or molesting Swedish women. This is not true, even if such things, of course, occur," Sarnecki told Swedish Radio.

© Flickr / Let Ideas Compete
Tip of the Iceberg: Segregated Swimming Hours All the Rage in Sweden
Remarkably, Sweden stands out among its Nordic peers as regards sexual harassment at open air festivals, as no such trouble was reported in its neighbor country Finland, which last weekend hosted major festivals such as Provinssi in Seinäjoki (attracting 71,000 vistors) and Tuska in Helsinki (attracting 30,000 metal fans).

​"In Finland, festivals remain calm and safe places to celebrate and have fun. I hope they stay like this even in the future," Provinssi's information officer Johannes Kinnunen told Finland's national broadcaster Yle.

after @RSprachrohr came on stage the sky looked like this. it was pretty cool. #provinssi pic.twitter.com/91TjpumkVx