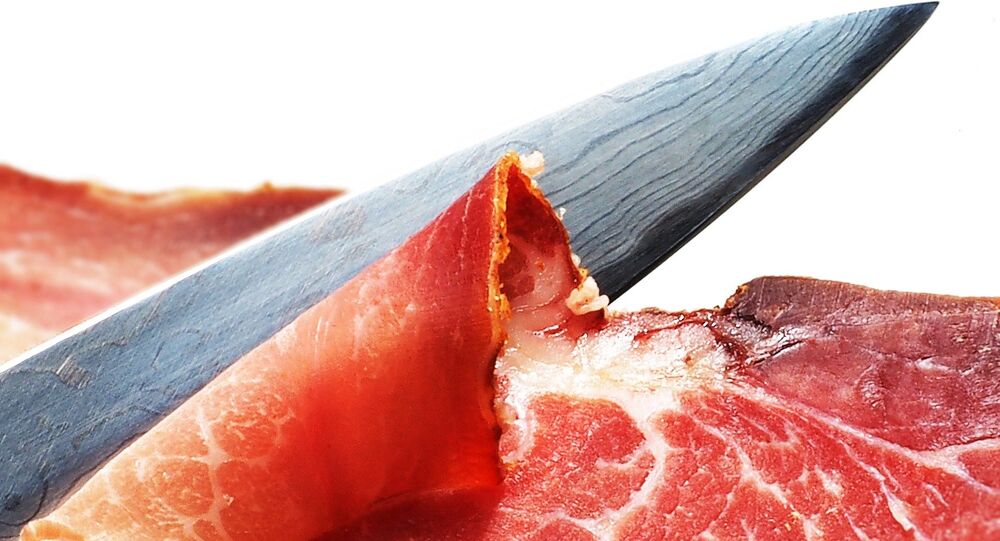 Eating meat could be linked to cancer, whereas consuming whole grains, fruit and vegetables may lessen cancer risk, Danish researchers say. This is bad news for a nation of carnivores, renowned for its ham, sausages and bacon.

© Flickr / xdmag
Russian Scientists Create Cancer Treatment From Dill and Parsley
A research team at the National Food Institute reviewed an array of studies on meat consumption and cancer risk following last year's International Agency for Research on Cancer summary, which listed processed meat in the same category of carcinogens as cigarette smoke and asbestos, the news outlet Food Navigator reported. Last month, World Health Organization (WHO) published a report, which indicated that processed meat may be carcinogenic. According to the report, processed meats like bacon, sausages, salami and canned meat may all increase the risk of cancer.

"According to new official dietary guidelines, we need to cut down on fatty meat and red meat, and this applies to all meats from four-legged animals, including pork. This concerns both fried and cooked meat," Hansen told Danish Radio.

"Blood in the meat is the first probable culprit, as iron (hemoglobin) carries oxygen around the body and is suspected to influence the development of cancer. Basically, we know that red meat is associated with an increased risk of colorectal cancer, but the link has never been established with certainty," Hansen explained.

© AFP 2020 / JONATHAN NACKSTRAND
Whatever Floats Your Boat: Denmark Set to Welcome 'Green' Electric Ships
The second hypothesis is that all kinds of fried meat can cause a greater risk of cancer. In this case, so-called nitrosamines from the meat membrane are the apparent culprit. And finally, nitrite salts, which are used in processed meet for preservation, are also associated with a higher risk of cancer.

According to the reports, a daily intake of above 50 grams a day leads to an increased risk of developing cancer. This amounts to approximately three slices of bacon or one slice of ham, which is not much, considering that Danes consume up to 100 kg of meat per year. Despite the lack of conclusive evidence, the Danish food authorities are discouraging their fellow Danes from eating processed meat if possible. However, there are indications that other lifestyle-related causes such as lack of activity, alcohol and smoking must be taken into account to understand the whole picture.

Cancer is the leading cause of death in Denmark, which is fighting to save more patients. Recently, it became technically possible to detect the disease long before a tumor appears. The method, devised by molecular biologist and associate professor Lise Lotte Hansen from the Department of Biomedicine at the University of Aarhus, detects cancer through so-called epigenetic changes at the cellular level, Danish Radio reported.

© Photo : Twitter/ Teknikens Värld
Sweden Tests First Electric Road in Hopes of Becoming Carbon Neutral
Of late, Denmark has been striving to curb smoking, as the Health Protection Agency is getting ready to present a new package of draconian measures to discourage Danes from smoking in a bid to create a "smokefree" nation.

Director of the Cancer Society Leif Vestergaard Pedersen lauded the proposed measures as "a breakthrough in Denmark's thinking."

"It is a clear recognition that tobacco is the most important preventable health problem in Denmark. There are no more dangerous legal drugs than tobacco, which people voluntarily expose themselves to," Pedersen told the newspaper Politiken.