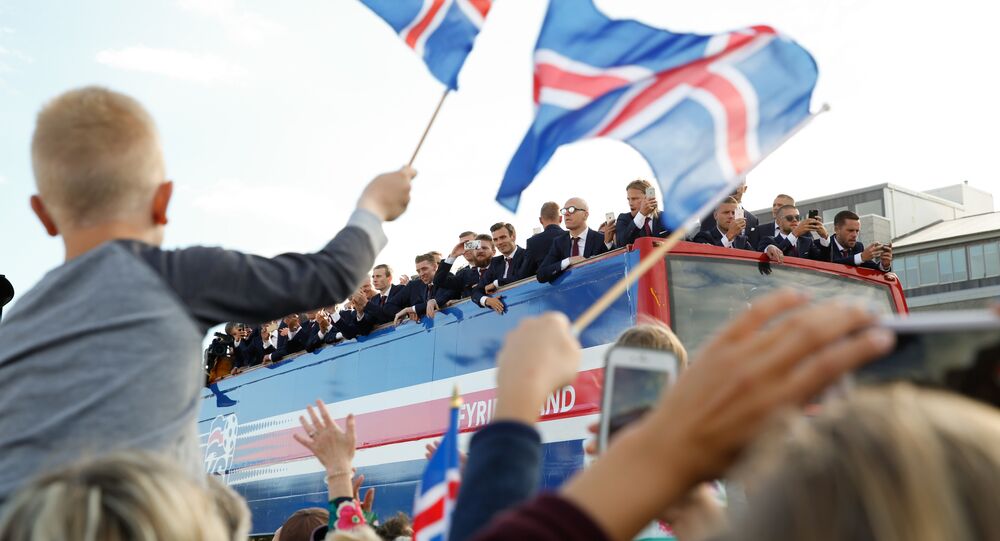 Jubilant crowds greeted the members of Iceland’s national football team as they returned home to Reykjavík from the UEFA Euro-2016 championship.

And even despite the fact that the players were returning after their defeat in the tournament’s quarterfinals at the hands of team France, few would truly consider them as losers.

Riding an open-topped double-decker bus, the football players made their way from the airport to the hill of Arnarholl, where thousands of fans greeted them with a 'Viking war chant.'

Iceland's team, which was considered by many as a Euro-2016 underdog, captivated football fans worldwide when against all odds they managed to reach the quarterfinals, beating a number of reputedly more skilled teams, including team England.

© AFP 2020 / Karl Petersson
The Iceland national football team celebrates during a welcoming ceremony in Reykjavik on July 4, 2016 after they lost against France during the the Euro 2016 quarter-final football match between France and Iceland the day before
...
Reddit
Google+
Blogger
Pinterest
StumbleUpon
Telegram
WhatsApp
113