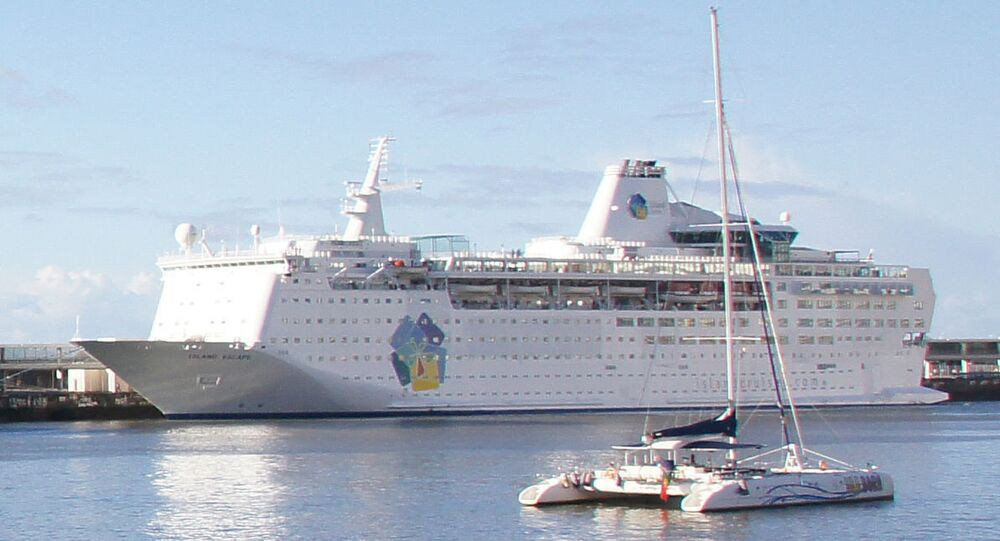 Faced with the largest migration crisis in the nation's history, Sweden has left no stone unturned in dealing with the acute housing shortage. Many hotels, military barracks and schools have been turned into refugee accommodations. Now, a hurried decision to house refugees on a luxury boat may prove costly and cause regret.

© Flickr / Chris Lofqvist
No Room at the Inn: Mass Migration Threatens Sweden's Tourism Sector
On Monday, the owners of the cruise liner Ocean Gala, which was earlier this year rented in order to provide accommodation for refugees, sent their first invoice to the Swedish Migration board. The Swedish government is going to billed 800,000 kronor (roughly 95,000 dollars) a day, despite the fact that no refugees are currently housed on the ship, Swedish Radio reported.

Ocean Gala has room for some 1,800 residents and was meant to be used as Sweden's largest refugee accommodation. At present, the ship is anchored in Utansjö off the town of Härnösand to the dismay of the residents and the authorities.

According to the agreement Floating Accommodation Sweden AB signed with the Swedish Migration Board, the Swedish state will be presented with a neat bill for 5.6 million kronor (roughly 600,000 dollars) a week or 290 million kronor (roughly 35 million dollars) a year. The agreement provides a possibility for extension for four additional years, which potentially allows the company to bill a total 1 billion kroner (roughly 120 million dollars).

​Under the agreement, it was previously thought that the company would need to have at least one refugee living on the ship per day in order to receive the payment. However, after talks with the Migration Board, it was concluded that the payment would be carried out regardless of the number of refugees.

© Flickr / Udo Schröter
Selfless to a Fault: Swedes Get Evicted to Make Room for Migrant Family
"The Migration Board's representative contacted us and said that they had no refugee available," Kjell Tandberg, a partner at Ocean Gala told Swedish national broadcaster SVT.

Consequently, Floating Accommodation Sweden AB threatened legal action if the Migration Board didn't pay the invoice. The company believes that it has met all the requirements.

"I will be surprised if they do not pay for the time and the effort we have invested into coming to Sweden with the products they ordered. Our cost of service is 10 million kronor per month, so we obviously cannot do this without being paid," Tandberg said.

© Flickr / Maria Eklind
Eco-Unfriendly: Sweden Skimps on Environment to Afford More Migrants
The Migration Board announced, however, that is has not yet been determined whether the company has all the permits required and meets the requirements for a refugee accommodation.

Built in 1982, MV Ocean Gala is a luxury cruise ship which has spent decades sailing the sun-drenched waters of the Caribbean and the Mediterranean.