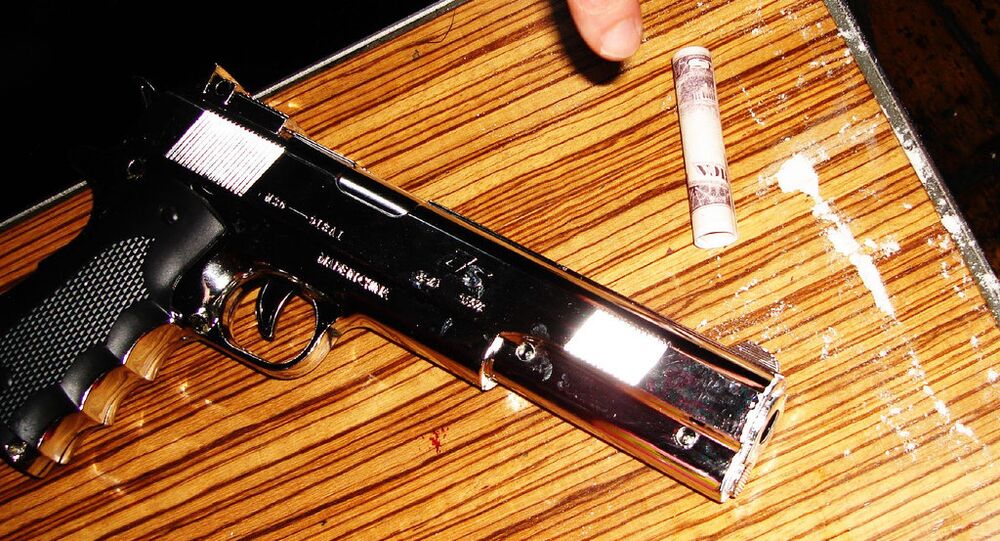 Unbeknown to many, illicit weapons and drugs sales are taking place on Instagram, a popular social media platform where many young people are active every day. Today, Swedish police are investing in new methods of curbing the virtual black market.

© Flickr / Heinrock
The Seamy Side of Welfare Society: Sweden Gripped by Gangland Violence
Weapons and drugs are being sold in closed groups on Instagram, one of the social networks which reaches a large number of young people in Sweden. The Swedish police have been unable to keep pace with the recent development, which is why investigations into these crimes have not been successful, Swedish Radio reported. During the five-month period, Swedish journalists have followed around 250 closed accounts on Instagram, where weapons, such as knives, guns, drugs, such as cocaine, ecstasy, hash and marijuana, were sold to minors.

The importance of the problem was stressed by Sweden's Interior Minister Anders Ygeman.

"This shows how important it is for the police to develop new methods for chasing criminals wherever they are: in the streets or on the Internet. Instagram is nothing more than a platform, and of course the police must act even there. Guns are not virtual," Ygeman told Swedish Radio.

© Flickr / Ninα
All Crime, No Punishment: Welfare-Friendly Sweden Gripped by Urban Ghetto Violence
"We are really trying to get a grip of this problem," Inspector Emil Eisersjö of the intelligence section of the national Swedish police operations department (NOA) told Swedish Radio, citing lack of competent personnel.

According to Eisersjö, the police have a good rapport with Instagram. The web company has already closed down a hundred accounts after pressure from the police and other authorities. The problem is that new accounts keep opening under similar names, which makes it virtually impossible to stop the problem.

"We keep on developing new methods and new trainings that virtually all police officers can access. There are a large number of scattered accounts out there, and since we have not fared well with only a little force, we need to get it out on a broad front," Eisersjö said.

© Photo : Polisen Huddinge facebook
To Serve and Dress Up: Swedish Police Got Caught in Wardrobe Malfunction
Police Inspector Annika Ljung has worked on the drugs squad for ages and knows of the drug sales on Instagram. According to her, the drugs sales function as any other business the seller wants to satisfy his customers.

"If we just take a cursory glance at Instagram, it becomes clear that it is a free-for-all. You pick a drug, two keystrokes, and you have the package shipped home within two days. To say we have full control would be a lie," Ljung said.

So far, her best advice was to urge the parents to have more control over the children through inquiring where they get expensive designer clothes from and what comes in the deliveries.