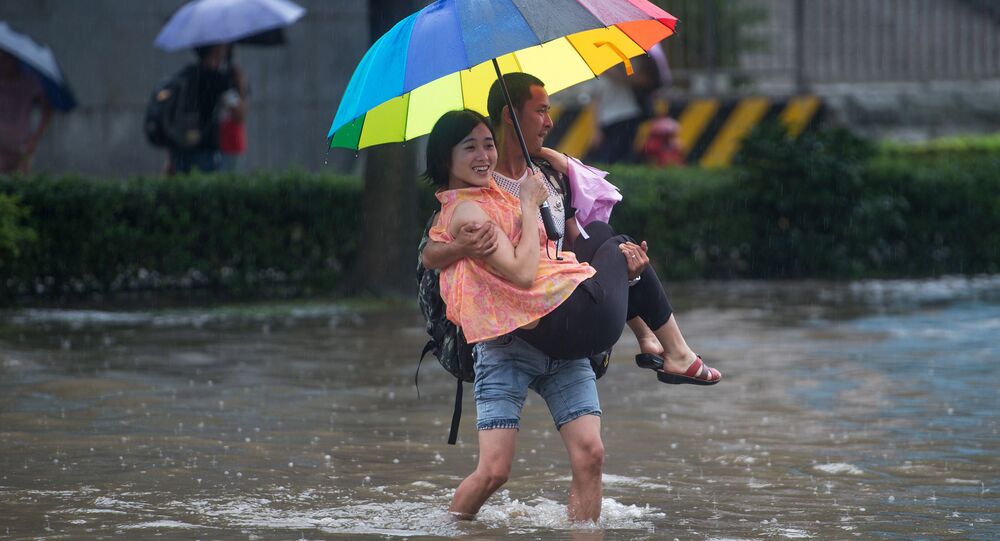 Chinese Groom to the Rescue! Even a Flood Can’t Get in the Way of True Love

A flooded city and heavy rains couldn’t stop this Chinese couple from getting married!

On  July 2, China witnessed an unforgettable marriage between 25 year-old Li Shengping and his bride, reports People's Daily. The groom lives in Xinzhou District, Wuhan, which is 120 km away from his beloved bride home in Macheng city, Hubei province.

© Photo : russian.people.com.cn
The groom meets his bride on an inflatable boat

The Chinese couple had made plans to celebrate their wedding on July 2, however the unexpected flooding of the town as a result of heavy rains seemed threatened to put their event on hold.

© Photo : russian.people.com.cn
Li Shengping on his way to the rescue

The level of water was so high that it did not allow any traffic into Macheng city. Despite the dire situation, Li Shengping did not despair. The groom arrived to his bride's house on an inflatable boat, after which they were evacuated from the flooded city along with their relatives.