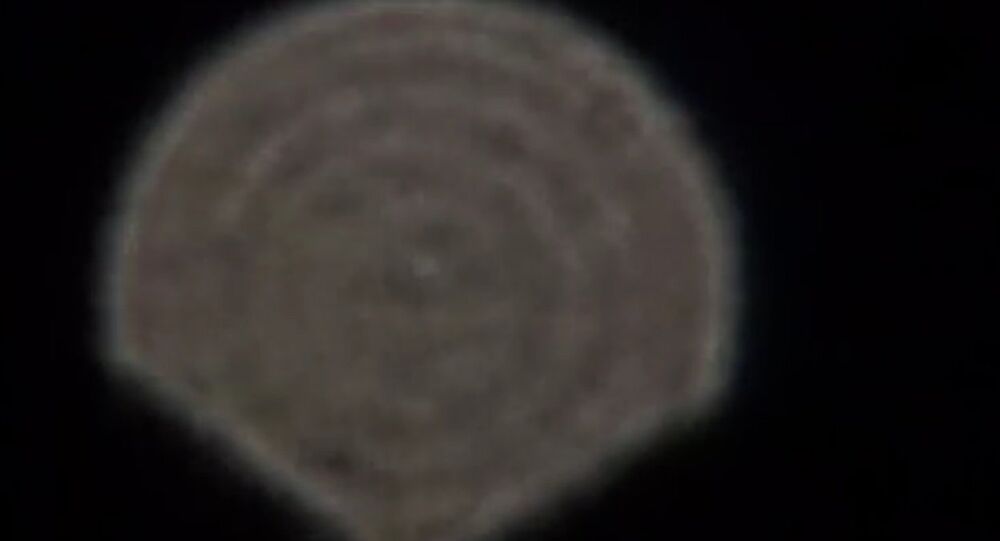 A viral video footage of a mysterious object “flouncing” in the night sky over a small Siberian town caused social media frenzy, making many to believe it was UFO.

The footage, made on June 28 by two residents of the town of Cherlak in Russia’s Omsk Region, depicts a bright object that hectically moves across the dark sky, permanently changing its shape. Soon after the video was uploaded on YouTube, it went viral, making over 50,000 hits.

Peter Mironov, 22, the author of the video, said the object looked like “kind of flame” that was constantly “flouncing” in the air.

YouTube/SecureTeam10
Are We Alone? ISS Video Shows ‘Fireball-Like UFO Streaking Through Space’
“No, I’m not shaking the camera, I’m holding it firm. It is cone-shaped, and we’re not seeing this with our eyes,” Mironov’s voice heard in the video, states.

Internet investigators suggested that the object could be a “hot air balloon”or an optical illusion caused by defects of the camera’s lens.

Skeptics claimed that the video was a fake aimed at attracting public attention. The allegation is based on the fact that Tatiana Kopylova, 23, who uploaded the footage on her YouTube page, is a passionate fan of UFOs and has a lot of similar videos on her account.

Siberian astronomer Vladimir Krupko was not as critical of the two UFO seekers, saying they could see a mysterious object in the night sky. However, he added, it barely was a UFO.

© Photo : Pixabay
ISS UFO Sighting: Is It a Bird? Is It a Plane? Is It a Mark on the Window?
“I’m sure that this was a bright star filmed close-up. That is why it appeared as some strange cone-shaped or diamond shaped object,” the astronomer told OmskZdes news outlet. “The fact that they filmed the video using ‘close-up’ doesn’t allow me to say which part of the sky was filmed.”

However, Scott C. Waring, a UFO hunter and a prolific blogger, claimed that the Siberian flying object was a UFO and was also seen in other parts of the world, including Taiwan, China and Israel.

“No, this is not a planet or star, it is a UFO. I personally have seen it over Taiwan,” the blogger said, referring to another piece of footage filmed on July 29, 2013.

This is not the first time UFOs have been observed in Omsk region. The first reported instance occurred there over 50 years ago, OmskZdes reported. The most notable incident, however, was registered in 1991 in the village of Chukreevka, when locals reported of a fire ball floating over the streets. The object eventually hit the ground and exploded. Ufologists suggested at the time that the ball was an aliens’ spaceship. Experts found a large amount of chemical elements at the blast site, including rare-earth metals.