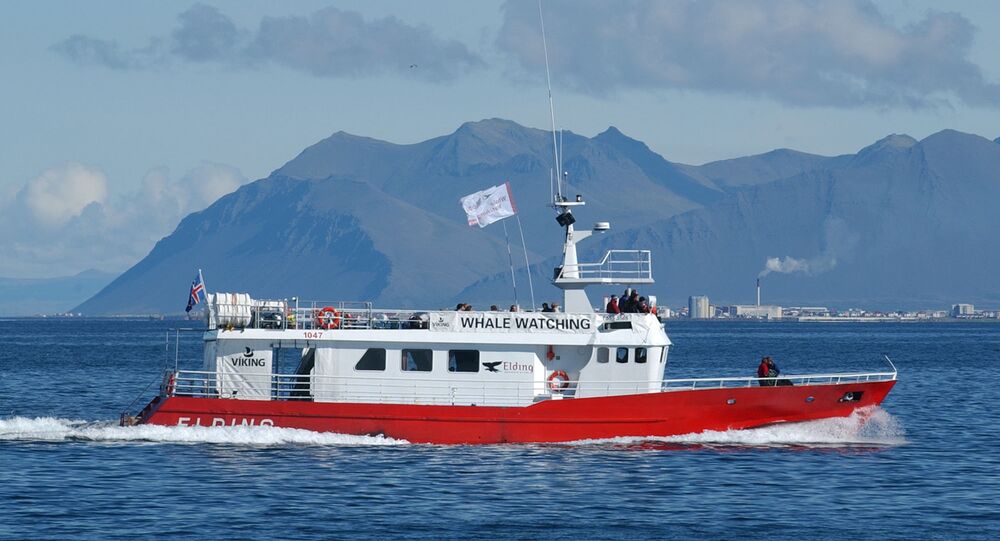 An Icelandic tourist company has offered a free whale watching tour to English national team players after their bitter and unexpected loss in UEFA Euro 2016. On Monday, heavyweight England was knocked out of the championship in a valiant effort by the brave Icelanders.

"It's just polite and part of the Icelandic hospitality to offer them free tickets," said Guðbjartur Jónsson head of the company North Sailing, as quoted by Finnish newspaper Hufvudstadsbladet.

The tourist company is headquartered in Husavik, a town of 2,000 inhabitants on the Island's north coast and specializes in whale safari.

So the offer for a free #ISL whale watching tour for the losing #ENG team (made way before the match) still stands. https://t.co/VbbljRVvNO

© Sputnik / Yuryi Abramochkin
National Idol: Norway Wants to Adopt Iceland After Its Football Exploits
​"The poor English players can in any case not return home to England, with 60 million English football fans furious over the team's defeat to a small island state with just 300,000 inhabitants," Jonsson said. "Therefore, we offer them a quiet day with whale watching in a small town in northern Island with beautiful scenery and friendly people. It is a perfect compensation."

Iceland won the round of 16 match against England 2-1 and advanced to the European Championship quarterfinals, while the English tournament ended with the bitter and humiliating loss to the outsiders, who undoubtedly yielded a performance to remember for the rest of their lives.

Besides their heroic feats on the football arena, the Icelandic squad also impressed the public with a Viking chant and a perfectly choreographed dance, which was mimicked by tens of thousands of supporters. The chant was also echoed through the streets of Reykjavik on Monday night, by those of the 320,000 Icelandic population who stayed at home and joined in the celebrations.

The Sound of Smiting pic.twitter.com/Dw9X2OG7Ga