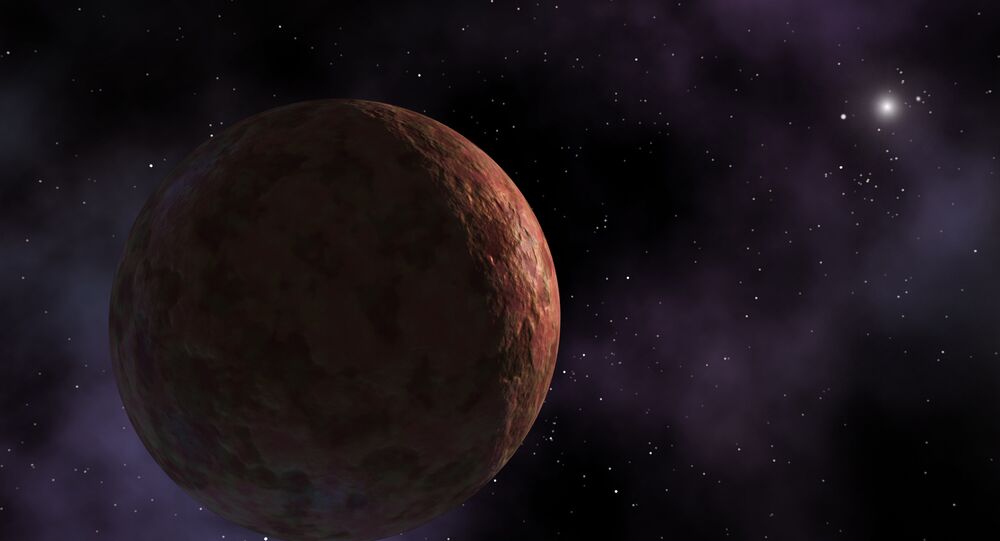 Several new trans-Neptunian objects beyond the orbit of Neptune have reportedly been discovered by US astronomers.

© Flickr / NASA Solar System Explora
The Dwarf Planet Full of Surprises: Pluto May Harbor Subterranean Ocean
American astronomers have managed to discover an array of new trans-Neptunian objects. The planetoids are located beyond the orbit of Neptune, media reports said.

"We have been conducting a survey for distant solar system objects beyond the Kuiper Belt edge with new wide-field cameras on the Subaru 8 meter and CTIO 4 meter telescopes," scientists said.

The 2015 KH162 proved to be the largest object: it has a diameter of 800 kilometers and the length of the semi-major axis of its orbit is 61.9 astronomical units.

In layman's terms, this means that it is, on average, 61.9 times more distant from our Sun than the Earth.

Earlier this month, astronomers from the California Institute of Technology said that they had concluded that Planet Nine exists by running computer simulations with data based on the orbits of six extreme trans-Neptunian objects, including Sedna, 2012 VP113, 2004 VN112, 2007 TG422, 2013 RF98 and 2010 GB174.

© NASA . JPL-Caltech/Univ. of Arizona
The Mysteries of Space: 'Inverted Crater' Discovered on Mars
A trans-Neptunian object is known to be any minor planet in the Solar System that orbits the Sun at a greater average distance (semi-major axis) than Neptune, namely, 30 astronomical units (AU).

Minor planets with a semi-major axis greater than 150 AU and perihelion greater than 30 AU are called extreme trans-Neptunian objects.

The largest known trans-Neptunian object is Pluto, which was discovered in 1930 and which became the first such object to be found.

In 1992, the second trans-Neptunian object was detected, in what was followed by the discovery of more than 1,750 such objects.

Out of This World Food? Crops Grown on 'Mars' Soil is Safe to Eat