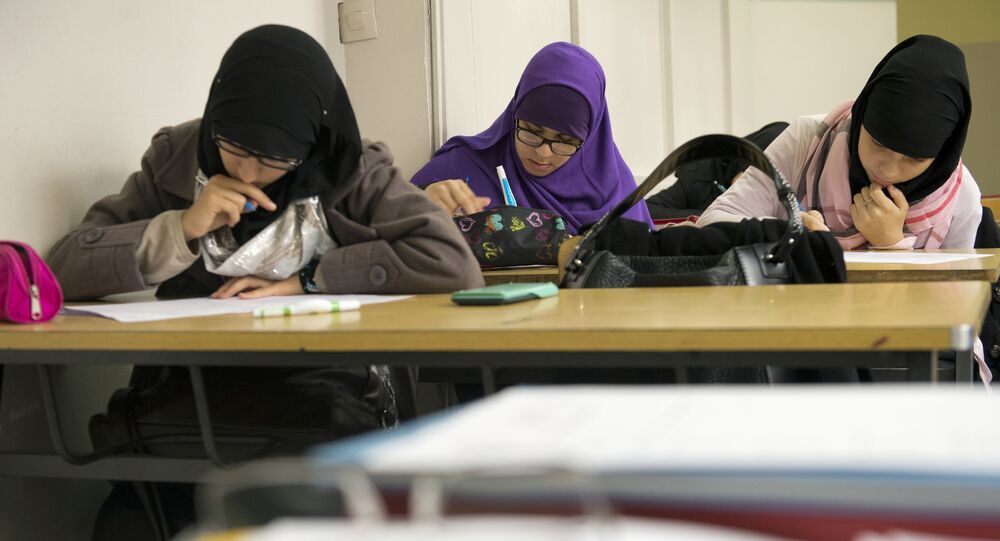 The anti-immigration Danish People's Party has come up with a controversial proposal to bar students from speaking Arabic in Denmark's public schools by punishing their parents financially.

© Flickr / Bo Nielsen
Just Can't Get Enough? "Too Many Muslims" Danish Party Says
The ban, which admittedly has very little chance of coming into force, would apply to both class time and breaks.

The controversial announcement came after a PhD thesis documented that Arabic-speaking pupils at two schools with many bilingual children used their native tongue to insult students and teachers who could not understand what was said.

"If you live in Denmark, you should speak Danish," the Danish People's Party spokesman Martin Henriksen told Danish Radio. "We're going after Arabic because that's where the problem lies," Henriksen said.

At the same time, Henriksen admitted that his party's hypothetical black list may grow to include languages such as Turkish.

"From what I hear, this is unfortunately a problem among students with Muslim backgrounds," Henriksen said, stressing that languages like French or German apparently did not pose any problem.

© AFP 2019 / JAVED TANVEER
Age of Enlightenment: Denmark Blows Millions on Taliban-Controlled Schools
According to Henriksen, the parents of Arabic-speaking children should be made ultimately punishable by withholding social benefits and family allowance if their kids incur such a ban.

"There are schools in Copenhagen where more than half of the students have an immigrant background, so this will not stand," Jakob Mark of the Socialist People's Party said.

Anders Bondo Christens, the head of the Danish Teachers' Union, said the very idea of banning languages was a clear violation of the freedom of speech.

"I adhere to the opinion that there are some values that our society is built upon: such as the freedom of speech, gender equality and democracy; and those cannot be questioned," Christens told the tabloid newspaper Extra Bladet.

© Flickr / 2benny
Friends Without Benefits: Copenhagen Insists Non-Danish Europeans Must Earn Right to Welfare
According to previous estimations, there were some 121,000 Arabs in Denmark, composing 1.25 percent of the Danish population. However, their number is expected to have risen greatly following last year's unprecedented migration wave from the Middle East and Northern Africa.

Last June, the Danish People's Party notoriously proposed a tax on the use of English in commercials and previously advocated the strict use of Denmark for public purposes.

Recently, the Danish People's Party also made local headlines for suggesting that people on unemployment benefits should be tasked with cleaning school toilets after numerous complaints about poor hygiene.