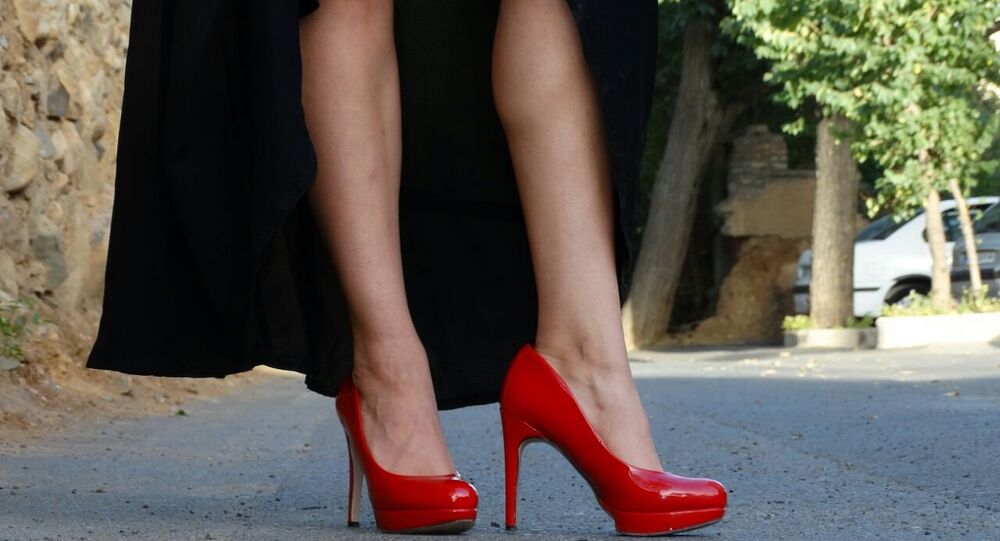 What the Hijab Really Hides - A Woman's Body or Societal Issues?

In the first few years following the victory of the Islamic revolution in Iran (1979), the introduction of hijab as an obligatory dress code was not mandatory. An Iranian nurse talked to Sputnik in an interview and shared her experience of living from behind the hijab veil.

© Flickr / Aural Asia
When Logic Misses the Mark: No Hijab? You Are Prostitute!
The goal of the revolution was much higher and far reaching than to oblige women to wear a hijab. Later, in the 1990s, the hijab became a symbol of political opposition to the main political forces in the country — the reformers and conservatives regarded the hijab as a means to improve public safety.

However, the expectations were not fulfilled. The hijab became darker and longer but the number of sexual offenses against women rose and general nervousness towards women on the streets was being transferred back home, affecting families.

Today, the younger generation of Iranian women, as was previously reported by Sputnik, does not feel safe, even though rules for monitoring the hijab have been tightened.

Talking to Sputnik in an interview, 29-year-old nurse from Tehran, named Parisa, explained the current situation for women in Tehran and whether the hijab solves the many problems women in Iran face today.

“You know, I'm not ready to clearly answer the question of Iranian women and whether they need hijab or not. On the one hand, I'm from a religious family and showing respect for Islamic norms and clothes at home is mandatory.”

© Flickr / Mohamed Somji
Uncovered: Iranian Women Want Hijab to Be a Choice, Not Law
She further said that wearing a hijab makes her feel calmer when she goes out on the street. “I find myself thinking that wearing the hijab on the street makes me feel calmer, protected somehow. But speaking globally, discarding all unnecessary thoughts and doubts, I am uncomfortable wearing the hijab,” Parisa said.

The nurse further said when women in Iran go out into the street wearing the hijab, they subconsciously begin to compare themselves to other women, as if checking, whether what she is wearing is suitable or not. This can be quite stressful.

“Thank God I was able to escape the fate of those who fell into the hands of the morality police, but I am a fanatical opponent of this form of control over our lives and I have a reason for that! I know one girl who got caught. She suffered so much that she was afraid to admit it to her parents and committed suicide overcome by shame.”

The fear due to the “morality police” in Tehran appearing at any time is great. Parisa said that at the same time it's funny because the level of adrenaline in the blood increases and sometimes one cannot pull oneself together and calm down, trying not to think about it and focus on something else.

“Wherever in the world you may be, meeting police is a good thing for any citizen, but not in Iran. Here hands reach the head as quickly as possible and automatically you start pulling a handkerchief on your head almost till the nose!” joked Parisa.

© Sputnik
Manto with Rosari is creating large interest among the conservatives.

The nurse further said that the hijab only covers the problems of our society and wearing it or not wearing it does not solving problems such as violence, unemployment, poverty and unsanitary conditions.

“The hijab is a personal problem of each person, rather than social, and even more so, it is not a question of national importance, as it is deemed to be now. Sadly, in today's Iranian society the hijab becomes a means of assessing women by men: how frivolous she is gets defined by the hijab, its length and color.”

© Sputnik
However, beneath the Chador there are hidden elements of western clothing which may become an object of interest with the "Morality Police" and result in punishment.

Parisa said that the hijab could have been a symbol of family values and healthy relations between man and woman. The question remains how to approach this situation.

"We are being punished by the hijab instead of promoting creativity and creation. The hijab should cement relationship between people, instead of acting as a red rag to a furious bull."