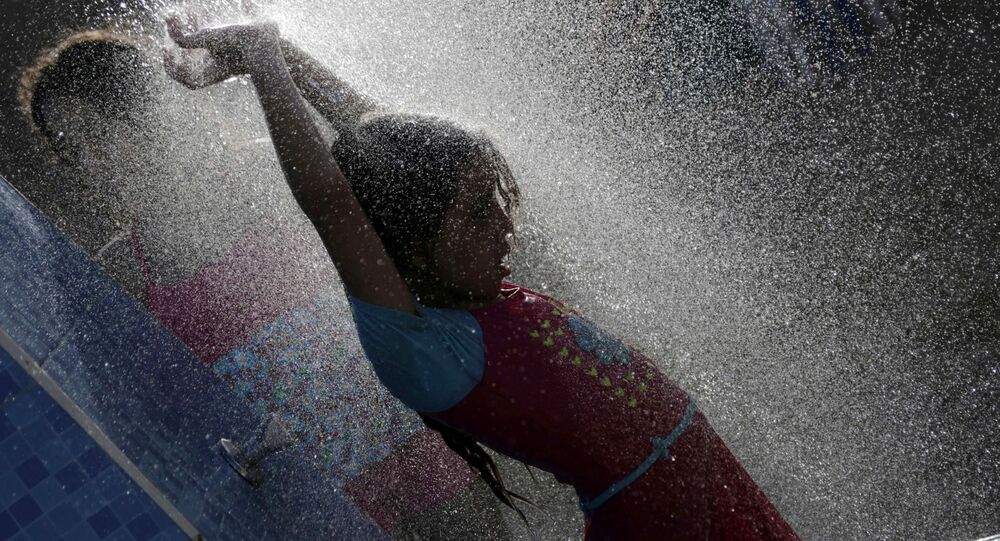 A new Moscow startup effectively allows a person to quickly find a place to take a shower in just about any part of the city for the price of a business lunch.

Victor Filippov, the founder of Booosh, told Sputnik that his company apparently became the first in the world to offer such a service.

"There are similar startups in the US, but they utilize a different model, like hotels where you can rent a room for an hour a two to take a shower, or a room in a private apartment that you could rent for $30 per hour. We offer a more affordable model, where a person with an average income could use Booosh several times a month and it would still be cheaper that renting a hotel room," he explained.

The company essentially makes an arrangement with owners of shower rooms across the city (usually located in hostels, fitness centers, spas and the like) who are willing to allow people use their facilities for an affordable price, with Booosh charging a certain commission for advertising and for directing the prospective customers.

"We don’t just gather all publicly available shower rooms in a single app. Our goal is to become a service trusted by both sides, when a client could be certain that he’s about to visit a clean and comfortable place, and a host would be assured that his customer won’t turn out to be a drunken lout," Filippov added.

Becoming a member of this program and leasing your shower to weary wayfarers is fairly simple. Filippov explained that Booosh currently accepts applications by mail, but soon it will be possible to apply via a special app. A prospective applicant must ensure that his shower room operates during a certain timetable, provides clean towels and shower utensils for all customers, along with access to a recreation area, and offer refreshments like water or tea.

"'Booosh' rhymes with 'doosh' (Russian for 'shower'). There is also the word 'boosh' that can be translated as 'something cool or awesome', so we just added one more letter to it and got ourselves a catchy name," Filippov said.

He also admitted that the word also does sound like a surname of two US presidents, but it is merely a not-exactly-intended pun.