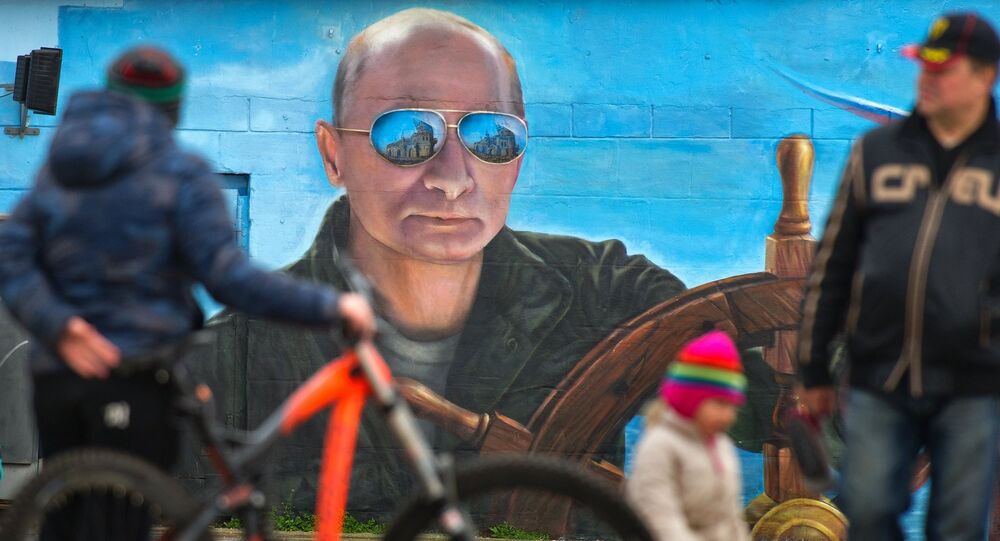 Social media users have been actively sharing photos from Crimea, where graffiti of Russian President Vladimir Putin gained a lot of popularity.

It was noted that the first graffiti appeared back in 2014. In spring of that year, Crimean residents voted in favor of reunification with Russia.

Since then, graffiti depicting the Russian president kept increasing in a number of areas across the peninsula. Local people and tourists visiting Crimea have grown to taking selfies next to the graffiti.

© Photo : Youtube/Mitya Fomin
Portrait of Russian President Vladimir Puitn on a wall of a building in Kerch

​On Saturday, the Crimean government inaugurated a monument in honor of military personnel who participated in its reunification with Russia in 2014.

The monument of the “Polite People” will be located in the center of Simferopol city. The bronze sculpture consists of a soldier in full battle gear, girls with flowers and a cat next to one of the girl’s feet.

The artist behind the monument was Salavat Shcherbakov, an academic of the Russian Academy of Arts.

This monument was built in honor of the marine, airborne and military intelligence personnel who took part in the peacekeeping mission during the Crimea reunification process with Russia in March, 2014.