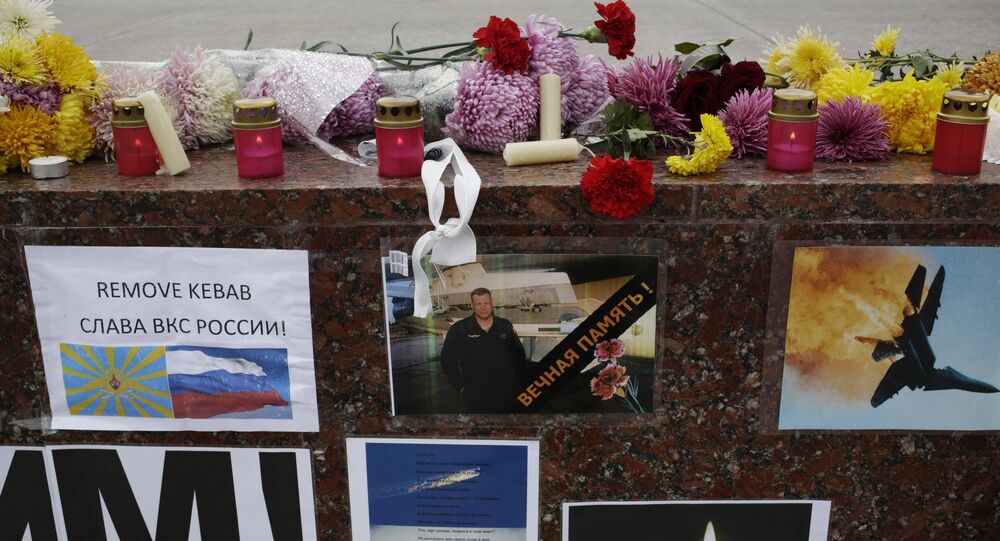 Turkish artists taking part in the Art Football 2016 festival in Moscow penned a condolence letter to the relatives of a Russian pilot slain in Syria.

© AP Photo
Right Direction: Turkey’s Opposition Party Strives to ‘Improve Relations With Russia’
Teams from 16 nations took part in the 6th Artists' World Championship, also known as the Football and Music Festival "Art-Football", that was held in Moscow from May 27 until June 5.

During the festival, members of the Turkish team requested the event’s organizers to deliver a condolence letter written by them to the relatives of Oleg Peshkov, a Russian combat pilot who was killed in Syria after his plane was downed by a Turkish F-16 fighter jet.

"We know that your pain will never subside, but rest assured that we, the Turkish people, dearly wish that that tragic event would’ve never happened. We hope that this letter would help diminish your pain if only for a moment. Know that all prayers of the Turkish people are with you," the letter says.

The letter's authors said that the Turkish people were greatly saddened by that tragedy which occurred when relations between Russia and Turkey, "both from political and humanitarian standpoint", were at the highest level.

They also pointed out that the downing of the Russian plane and the subsequent death of Lt. Col. Oleg Peshkov was something that no one, "especially the Turkish people", wanted to happen.

"We originally intended to visit you and to convey our feelings in person, but the organizers said that you live far away, and suggested that we write you a letter instead," the artists added.

On November 24, 2015, a Russian Su-24 attack aircraft was shot down by a Turkish F-16 jet while flying in Syrian airspace. One of the plane’s pilots, Oleg Peshkov, was killed by small arms fire from the ground while parachuting, but the second pilot managed to escape and was later rescued during a joint Russian-Syrian operation.

Trust No More: ‘Turkey Is Turning Into an Unpredictable Country’