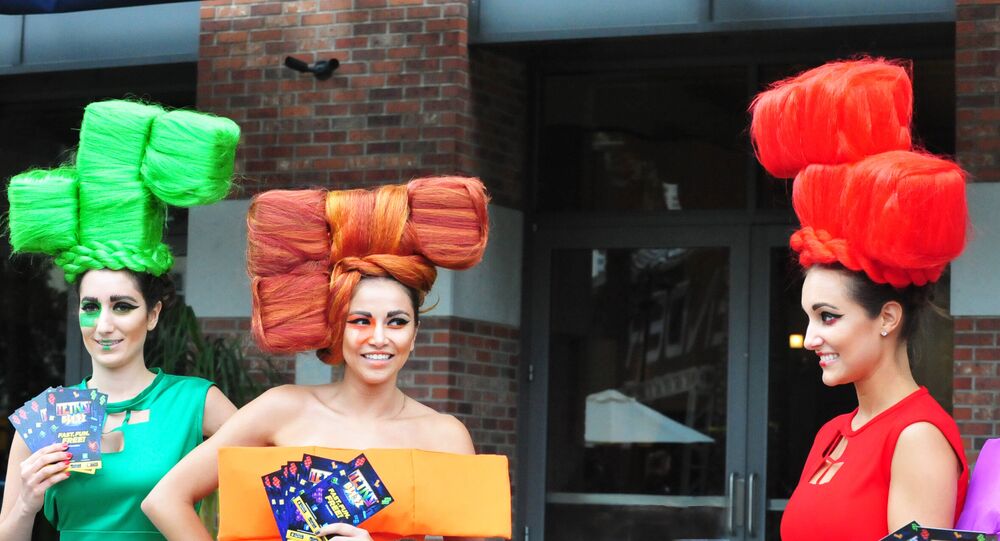 Tetris was created by Soviet programmer Alexey Pajitnov 32 years ago today. It was developed in 1984 in Soviet Union and appeared in the West in 1986. Let’s take a look at some of the most exciting versions of the cult video puzzle game!

What could be more unexpected than a hybrid of the popular HBO TV series Game of Thrones and Tetris? Instead of blocks there is Bran, a boy from GoT who was thrown out of the window. There is a bonus for every level that is passed, a clip of Jaime and Cersei (two characters from GoT) incestuous sexual act.

On the 30th anniversary of Tetris, a German game designer created a T-shirt for fans of Tetris. It was installed with LED screen and a full control panel. One doesn’t even need a device to play their favorite game all they have to do is own the cool t-shirt!

Terminator and Tetris could become a new script for a blockbuster film. Full of exciting tasks, this game requires “Arnie” to be very inventive to pass the levels.

Builders also like Tetris. Construction of apartment buildings via Tetris is also quite exciting.

Unexpected reasons for traffic jams and busy elevators. French comedian Remi Gaillard made a video to show how Tetris would fit in real life.

Electronic Gaming Monthly's 100th placed Tetris in first place as “Greatest Game of All Time.” In 2007, Tetris came in second place in IGN's “100 Greatest Video Games of All Time.”

In January 2010, the Tetris franchise sold more than 170 million copies, approximately 70 million actual copies and over 100 million copies for cell phones, making it the best-selling paid-downloaded game of all time.

On March 14, 2014, the Tetris Company announced a deal to bring Tetris to two of the latest hardware platforms, the Xbox One and PlayStation 4, on the eve of franchise's 30th anniversary.

A Beautiful Microbe: Game Theory Sheds Light on the Biggest Question of All