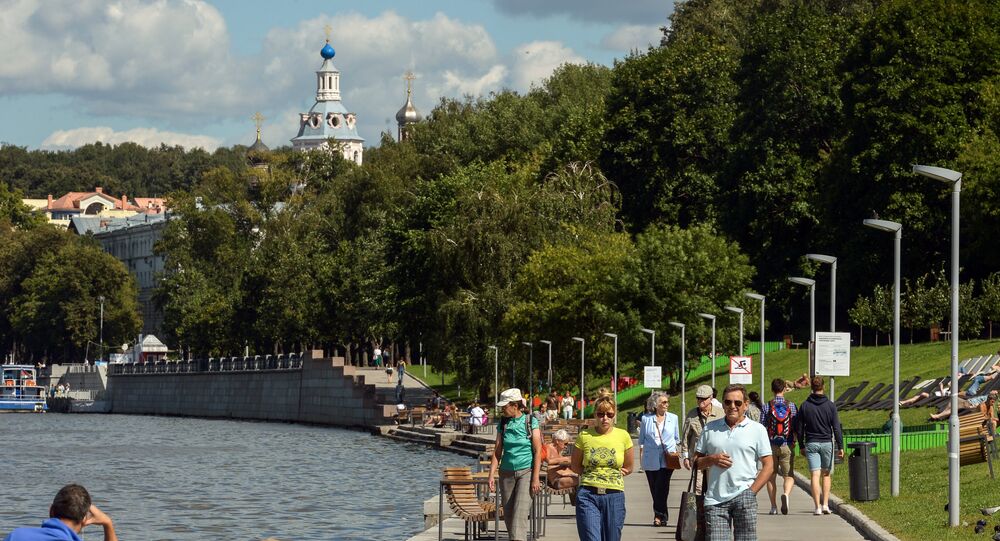 As the tourist season has kicked off and visitors from all around the world are heading to their dream destinations, Moscow is no exception as a popular destination amongst the connoisseurs of art, history and culture.

Let’s take a look at what the city’s guests find attractive about Moscow, what excites them and what upsets them about the city and its people.

Muscovites do not smile and speak little English but they are helpful and friendly. Such is the perception of majority of foreigners who visit the city. One thing that really stood out for some of the tourists was the fact that some Muscovites actually decided to walk tourists to their destinations to make sure they find it alright.

Foreigners were surprised to see how caring and gallant Russian men are ranging from such actions as help with lifting bags to giving their seat to women in the subway.

One woman from Cape Town wrote on social media, “I was traveling alone and still remember and tell everyone at home, how the Russian men helped me carry my suitcase up and down the stairs without any requests for assistance! And, yes, they did it without a smile, in a business sort of a way!”

Many foreigners expect to meet Russian scammers and robbers, which explains why they carefully hide their money, are afraid to talk to strangers and walk the streets in the evening.

But then they start noticing and wondering why Muscovites are so relaxed, why no one refuses to go out in the evening and even at night people are seen strolling around and enjoying it.

“I've never felt more secure than in Moscow from any other big city in the world” a traveler from Texas shared her views.

The cleanliness of the streets, parks, public transportation and the subway always surprises tourists. According to many tourists Moscow's subway is one of the most beautiful they have ever seen.

But with all the positive things in the capital there are a few drawbacks that need to be taken into consideration before coming to Moscow.

City guests often complain about the fact that not knowing the local language can be a problem if venturing outisde of the city center. People working in shops and cafes outside the center are not very enthusiastic about communicating with tourists so at times they have to just point to whatever they want to offer and hope for the best!

Although there are no criminals walking the streets of Moscow robbing people, tourists can be tricked by scammers who may charge them more money for a souvenir or a taxi ride.

Credit and debit card use in Moscow is quite unpredictable. Sometimes tourists must pay in cash as terminals are not readily available in areas outside the center. It is always better to have some cash on you.

Many tourists after a visit to Moscow are left disappointed and report that they did not have enough time to see everything in the span of a couple of days.

Some feel that they only ‘scratched the surface’. To see and understand the beauty of Moscow, one needs to walk a lot and not all tourists are capable of that and therefore are often left not completely satisfied.

© AFP 2020 / JOEL SAGET
A picture taken in Moscow on May 5, 2016 shows the House of the Government of the Russian Federation, also known as the Russian White House.

Moscow has a huge number of galleries, parks, museums, historical monuments and theatres. In order to see everything tourists must plan their itinerary in advance so that they can experience the richness of the capital.

Down the Memory Lane: A Classic Car Parade in Moscow