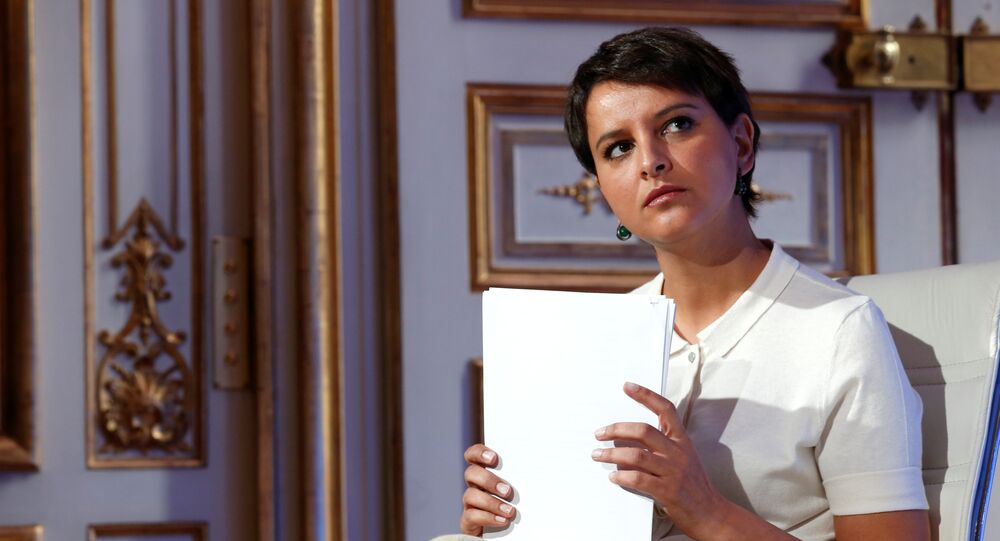 France's Minister of Education's suggestion to include Arabic among the language choices for French pupils in primary schools has triggered a harsh response from French politicians.

Minister Najat Vallaud-Belkacem has unveiled several plans designed to improve the education system in France. One of these measures however included making Arabic a language of choice for pupils at primary schools.

"Arabic will be taught in primary schools if the human resources are there and if parents ask for it," Vallaud-Belkacem declared.

This initiative did not sit well with many French politicians, sparking heated debates about whether teaching Arabic in schools could be considered “Islamic indoctrination” and a "Trojan Horse," as Republican MP Annie Genevard put it.

"The Minister of Education wants to introduce Arabic language courses in schools. Will French be taught optionally," Nicolas Bay, General Secretary of the National Front, inquired.

"Young people do not need this heresy, but [need] more lessons in French and History for successful assimilation," echoed another member of National Front, Louis Aliot.

"Apparently, you do not like France," Jean-Frédéric Poisson of the Christian Democratic Party said, calling the minister to resign.

Robert Menard, one of the founders of Reporters Sans Frontiers NGO was also less then amused by the proposition.

It should be noted that France has probably the largest Muslim community in Europe, and that the majority of French Muslims come from Arab-speaking countries.

The French right-wing parties have long criticized the government’s integration policy, and the current migrant crisis appears to have exacerbated the situation, though exactly how it will affect these proposed innovations in the education system remains to be seen.

Helping Hand: France Agrees to Take In 400 Refugees a Month