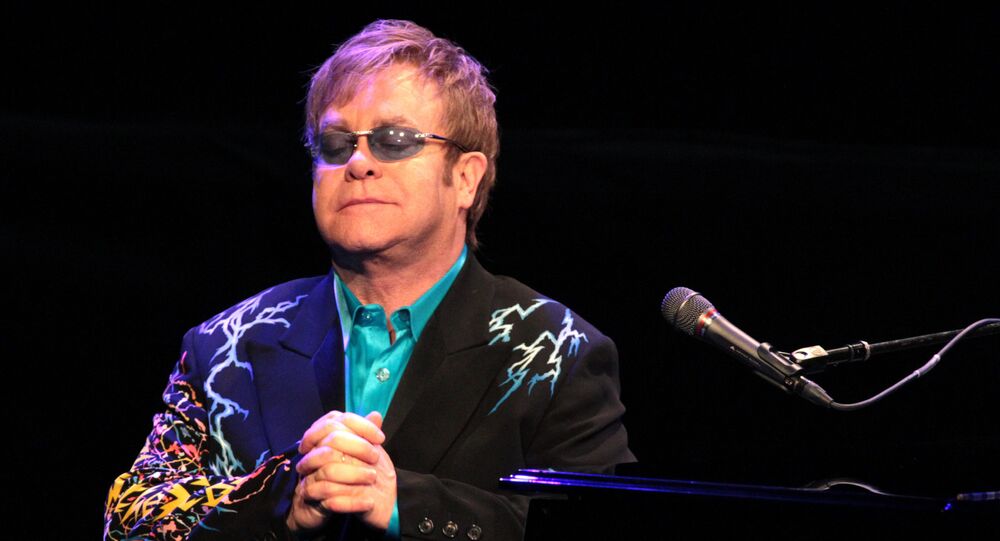 Russian President Vladimir Putin can not meet with mega-star Elton John during his upcoming visit to Moscow due to his schedule.

MOSCOW (Sputnik) – Russian President Vladimir Putin will be unavailable to meet with mega-star Elton John during his upcoming visit to Moscow due to the president’s schedule, Kremlin spokesman Dmitry Peskov said Thursday.

British singer and composer Elton John is scheduled to give a concert in the Russian capital on May 30.

“We wrote to each other [Elton John] a couple of weeks ago, and as you know we had an agreement that if scheduling allows, there would be a meeting and President Putin expressed his readiness to do this, but unfortunately, it won’t happen this time…in other words, the schedules don’t jive, but that doesn’t mean that a meeting like this won’t happen the next time,” Peskov told journalists.

In September, the singer said in his Instagram feed that Putin had given him a phone call. The call turned out to be a scam by two Russian comedians. After the prank call, Putin talked to the British artist over the phone and suggested a meeting.