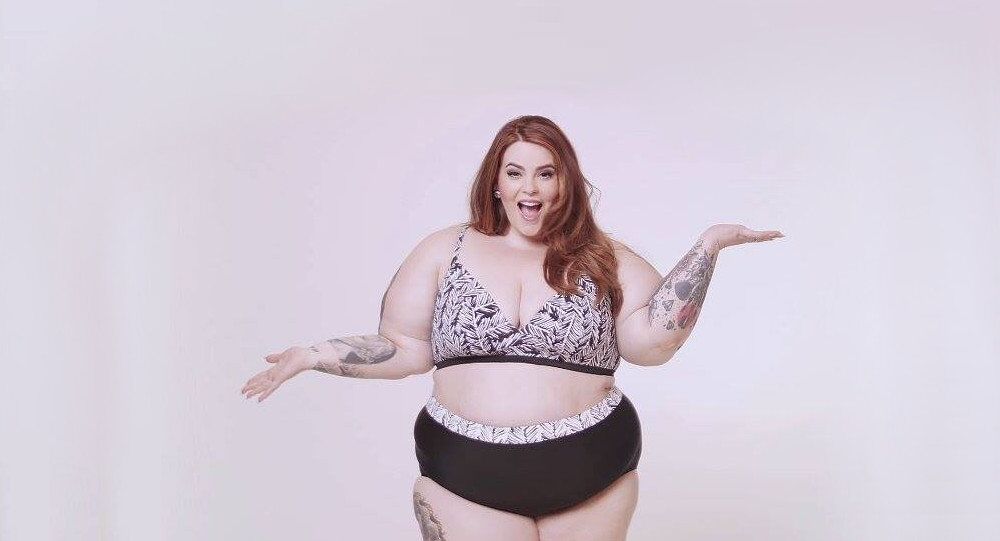 Facebook have been condemned for body shaming, but experts believe society is more accepting of plus sized models.

"Facebook still haven't addressed why they tagged a fat woman's body as undesirable in the first place," said a tweet from Cherchez La Femme, the organization at the forefront of the body shaming protest involving Facebook.

Cherchez La Femme, a feminist group from Australia, expressed concern after Facebook refused to allow them to have a picture of the plus size model, Tess Halliday, wearing a bikini, on an advert to promote a body positive event that the group was hosting.

On the 19 May 2016, the event organizers took to Facebook in protest against the decision to ban the ad.

"In the last 72 hours, we've had a bit of a demonstration, earlier this week, on the back of announcing the show; I went to boost our event through Facebook. I sometimes do this because Facebook's weird and wonderful algorithms mean that if I don't, our event announcements can get lost, and won't be seen by that many people. To my surprise, Facebook rejected my boosted ad request because it promoted an "idealized physical image". I appealed this decision through Facebook, thinking that someone must have gotten a little confused about what we were doing by using an image of the divine Tess Holliday for the event banner," Chercez La Femme wrote on their Facebook page.

The group returned to Facebook wanting to know why the ad had been banned. The social media team replied and said the ad wasn't approved because the image went against their health and fitness policy and that they should replace the image with one more relevant, such as a person running or riding a bike.

In case you missed it, we've been having quite busy day, combatting body shaming on (where else) Facebook: https://t.co/jjG4q9AXTM

However, experts within the industry believe plus size modeling is all about being healthy. Bridge Modeling, a plus size agency based in London, represents models in the UK and internationally.

As their name suggests, the ethos of the agency is to "bridge the gap" between the standard and plus size in the fashion industry. The plus size sector has seen some exciting changes in the last twenty years and there is still vast capacity for growth.

"At Bridge we are proud to promote women and men of all different shapes and sizes, it is about being comfortable and confident in your own skin and looking after yourself and being healthy. We really promote our models to be activists in this area and help spread this message," Charlotte Griffiths, Director of Bridge Modelling told Sputnik.

As a result of the ad ban, Facebook faced fierce opposition and were eventually made to apologize: "Our policies are in place to help protect people against offensive ads, that can damage their experience on our platform."

Here's that Fbook "apology". But our point re: double standards + policing of women's bodies by them stands #CLFFAT pic.twitter.com/uoQPgiOtfZ

Facebook also mentioned that the picture the group had posted was not offensive and that the ban should not have happened.

Plus size modelling has come in leaps and bounds over the last few years, with modelling agencies promoting the fact that beauty comes in all shapes and sizes.

"Society is definitely changing and embracing this movement which is exciting, there will always be companies and individuals who have their own opinions and as long as we continue to move forward in a body positive way and make sure the attention isn't on the negatives, I think we will see a lot more change happening faster," Griffiths told Sputnik.

"As an agency we want to bridge the gap between these two worlds to where there is no need for the term 'plus size' and where models are just models, different shapes, sizes, ethnicities all represented and equally celebrated," said Griffiths.