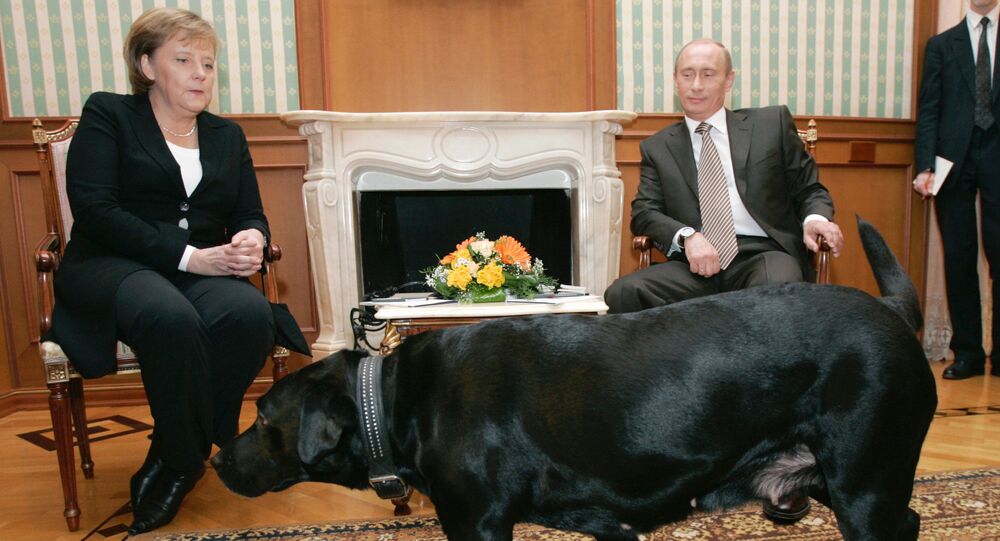 Many curious incidents have been recorded at the summer residence of Russian President Vladimir Putin "Bocharov Ruchey" in Sochi.

The disappearance of the Indonesian and Thai delegations has become almost the most remarkable event of the recent Russia-ASEAN summit. While the first couldn't find their way out of the Imeretinskaya hotel, the second was late after searching for the exit in Putin's residence in Bocharov Ruchey (Bocharov Creek). "Your delegation got lost somewhere," Vladimir Putin joked in front of the press, waiting for his Thai counterparts to show up at the meeting.

Another funny story took place in the press center at the complex during a meeting between Vladimir Putin and former US President George W. Bush. The Russian President was showing his counterpart the grounds and stopped by the press center, where the Kuban Cossack Choir was preparing for their performance. When Bush looked inside the room there were young women from the choir standing in their underclothes and ironing their bright outfits. Eyewitnesses recall that the American President couldn't say a word and stood with his mouth open, apparently struck by the beauty of the naked Russian women.

In 2007, numerous media sources described the episode that occurred at the meeting between Putin and German Chancellor Angela Merkel, when during the exchange of greetings Putin's Labrador Konni ran into the room and scared the German leader. Putin was not aware of the fact that Merkel was afraid of dogs, and as result, media accused him of deliberately "enjoying the moment". Later, the Russian President explained the misunderstanding and apologized, but newspapers kept debating the subject even long afterwards.

The tradition to build summer residences and spend vacations in Sochi comes from the time of the Soviet Union. It was Joseph Stalin who first initiated the construction of a dacha at the holiday resort and regularly visited the place to relax and improve his health.

© Sputnik / Vladimir Sergeev
The Heart of Sochi: See Russian Resort City in Spring
9
The area of the holiday complex Bocharov Ruchey (Bocharov Creek) reaches dozens of hectares. Its main building is situated on a hill with a wonderful view of the sea. However, the building itself doesn't look like a typical seaside villa. The two-story house with large windows and high ceilings is rather modest and simple.

When Dmitry Medvedev became president he held official meetings in the so-called guest cottage, a cozy two-story house located a few hundreds away from the main building. Medvedev welcomed Russian officials on the second floor, while meetings with foreign visitors took place on the ground floor, in the room with a fireplace and a panoramic view to the sea.

Usually, it took Medvedev a couple of minutes to get from the main residence to the guest house and other parts of the complex, including the press center, as he used his electric car. Journalists, however, had it much harder. The press center was a few hundred meters above the cottages and journalists had to climb up and down the hill several times a day, sometimes dictating text on the phone or typing it on iPads at the same time.

When Putin was elected to a third term, he decided to build a new government dacha and called it simply Bocharov Creek-2. The new building looks similar to the old one, but is said to be more functional.

All objects are now concentrated in one place, including a large press center, a hall for briefings, and a room for business and official meetings. There is also Wi-Fi all throughout the new residence, a wardrobe for clothes and a cafe on the first floor.
As for other facilities and buildings on the vast territory of residence, only its inhabitants know exactly what it has to offer. According to reports, the list includes, among others, two pools with fresh and sea water, a gym near the sea, a quay for the presidential boat and a helipad.

Putin to Meet With Indonesian President During ASEAN Summit in Sochi