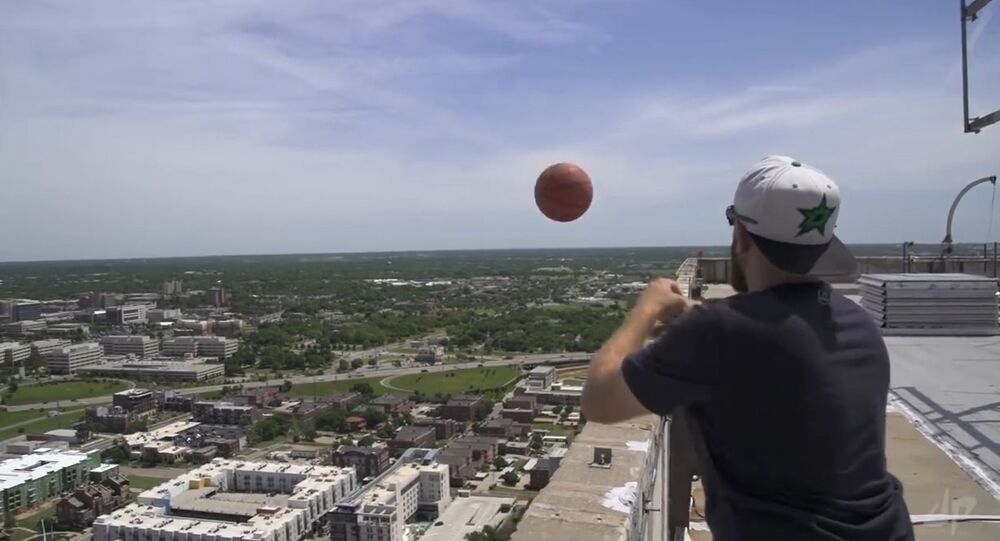 The Dude Perfect sports entertaining group has taken trick shots to the highest level. Literally. Tyler Toney, aka "The Bearded Guy", shot a ball into a basket from a 533-foot skyscraper and wrote his and his teammates’ names into the Guinness Book of World Records. They have set 11 incredible records. Watch closely!

The eagle-eyed Tyler Toney executed an unbelievable sniper shot from the roof of the 162-meter Cotter Ranch Tower in Oklahoma City. Thus beating Australian Brett Standord’s record by nearly 36 meters, according to GuinnessWorldRecords.com.

But this was just one of the amazing achievements the team added to their list of records!

What about other mind-blowing tricks?

These guys are just unstoppable.

What about making fun of some stereotypes?

Broke in the new homemade shooting range at the ranch today. #LooksLikeTheVectorIsSightedIn