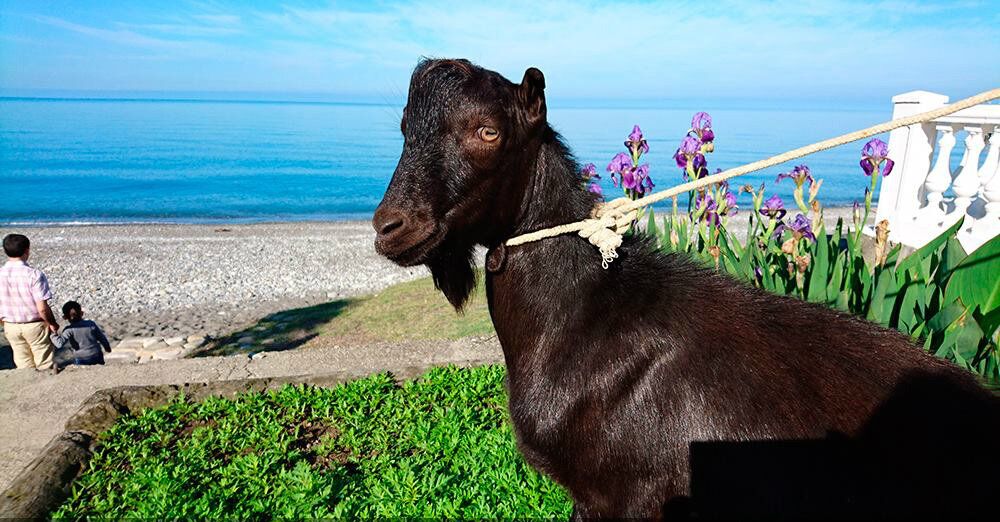 Two friends from a safari park in Russia’s Far East Region, Timur the Goat and Amur the Tiger, await the arrival of a new companion.

Oleg Mezentsev, head of the Primorsky Safari Park, revealed that the newest addition to his enterprise is also a goat, but with a rather unusual name – Obama.

"In March 2016, a farmer named Oleg Sirota told me of a rare and exotic beast living in Sochi – a goat named Obama. The Primorsky Safari Park is a serious business, and the fact that our zoological collection lacks Obama the goat is anything but serious. So I immediately started planning to bring him here," Mezentsev said in a statement posted on the park’s official website.

© AP Photo / Gail Floyd/Guinness World Records
'He Was So Special': World's Oldest Cat Scooter Dies Aged 30 Shortly After Breaking Record
He added that soon the visitors of Primorsky Safari Park will be able to view not just creatures which are native to the region, but also animals from the continent of North America – a common raccoon and Obama the Goat.

Amur and Timur became friends on November 26, when the goat was thrown into the tiger's cage as his would-be meal. What ended up happening, however, surprised the whole world: when Amur tried to attack Timur, the goat charged back, fending off the predator. That really put off the tiger, which quickly lost his predatory interest and stopped seeing the goat as a prey. Soon after that the two became inseparable friends.