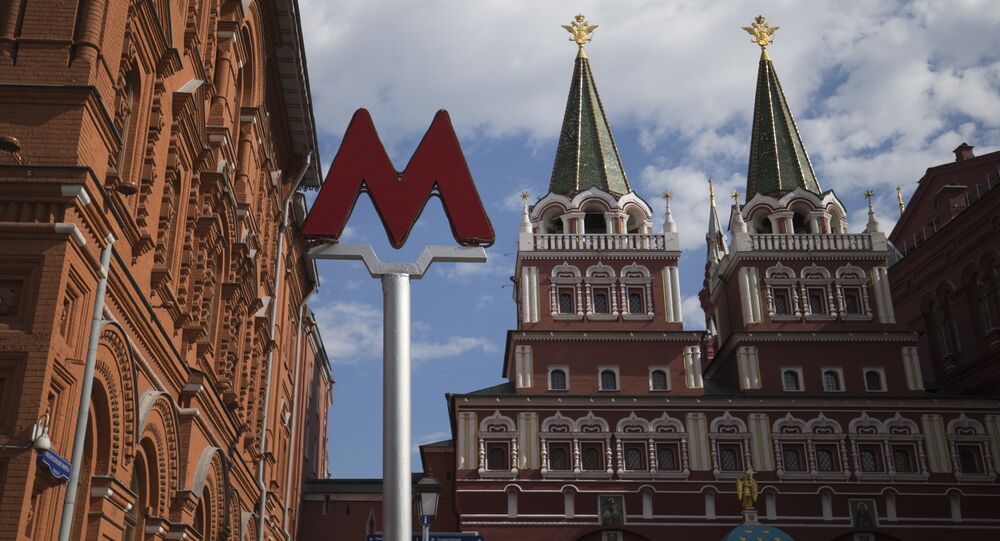 On May 15, the Moscow Metro is celebrating its 81st anniversary. Sputnik has gathered interesting facts about the Moscow subway which is not only an efficient means of transportation, but also a unique example of Soviet-era design.

© Photo : Youtube/Stefan Hammermuller
Moscow Metro is Where Magic Happens
1. The overall length of railway lines of the Moscow Metro is over 300 kilometers. This is equal to the distance from Vienna to Prague.

2. In October 1941, during World War II, the Soviet authorities were ready to destroy the subway. They even issued a special decree on developing a special plan to destroy it, but later the order was canceled.

3. In the 1920s, German company Siemens-Bauunion applied to construct the subway, but the application was refused.

4. Until the early 1990s, there were trash bins in the subway. However, they were later removed as a measure to protect against terrorism.

5. Automatic ticket barriers were installed in the subway in 1958. Before that tickets were checked by collectors.

6. There are fountains with drinking water at the metro stations. But no one knows about them. They are hidden from passengers.

7. Cleaning staff uses wet sawdust while cleaning metro stations, because it is good at gathering dirt and dust.

8. Some stray dogs use the subway to travel from one part of the city to another.

10. The design of the Moscow metro stations contains ancient fossils. You can see mollusks, sea lilies and even sea urchins on the columns and the walls.