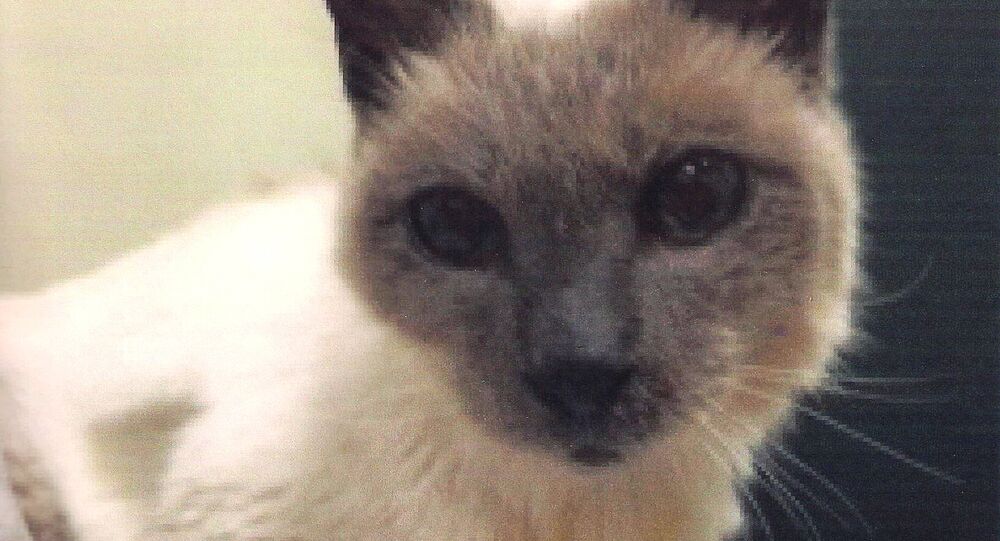 The Siamese cat named Scooter, recognized as the world's oldest cat, died in Texas at the age of 30, AP reported.

© Photo : Stuart Hay, ANU
Axe-clusive Discovery: World’s Oldest Tool Found in Australia
The cat was born March 26, 1986 and since then had been living with his owner Gail Floyd for 30 years.

Scooter was given the title of 'oldest cat in the world' in May 2016, and was registered by the Guinness Book of World Records. However, the poor cat had no time to enjoy his nomination.

​"He was so special," his grieving owner Floyd told the Telegraph. "I don't think I'm ever going to get over this."

Scooter broke the record that previously belonged to a cat from Oregon named Corduroy, who received the title at the age of 26.

​Floyd previously said that Scooter's secret to such a long life was his active lifestyle and proper nutrition.

The longest-living cat ever recorded is a female cat named Creme Puff who lived 38 years and 3 days. Her owner Jake Perry also owned a sphinx named Grandpa Rex Allen, who lived for 34 years and two months.

Awkward! Cat Stumbles Upon a Snake Being Eaten Alive by a Toad