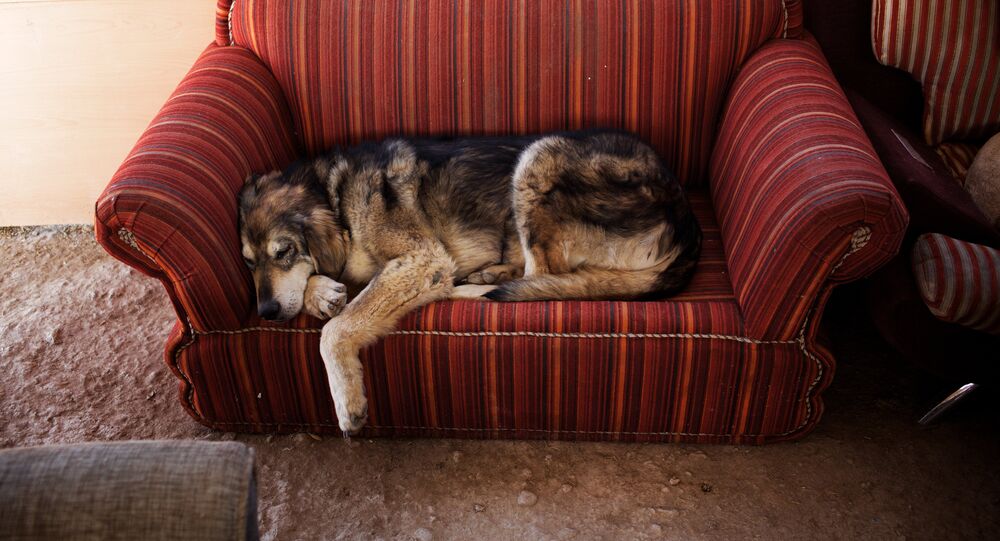 For maltreatment and injuries caused to his dog, an Iranian man was given 74 lashes and 270 hours of correctional labor.

© Photo : Aussie
Dog Reunited With Owner 2 Years Later
The man was found guilty for subjecting his pet dog to beatings and to other torture. Worst still was the fact that it was all filmed and posted on the Internet. The director of the video will also be punished; the corresponding verdict was announced by the local court, according to Mizan news agency.

The incident has gained wide global interest, as animal rights activists heavily criticized government of Iran for their lack of laws protecting animals.

Environmental representatives of Golestan province and a number of other human rights groups also voiced criticism against the owner’s inhuman treatment of his animal.

The punishment was given by the main regional court and the investigation was brought to light by Chief Justice of Golestan province Hojjat-ol-Eslam Mostafa Haghi.

According to Haghi, the poor animal survived the terrible ordeal and is now staying at an animal shelter.

“We urge the government to adopt a law for the protection of animal rights,” Iranian animal rights advocates said in an online statement.