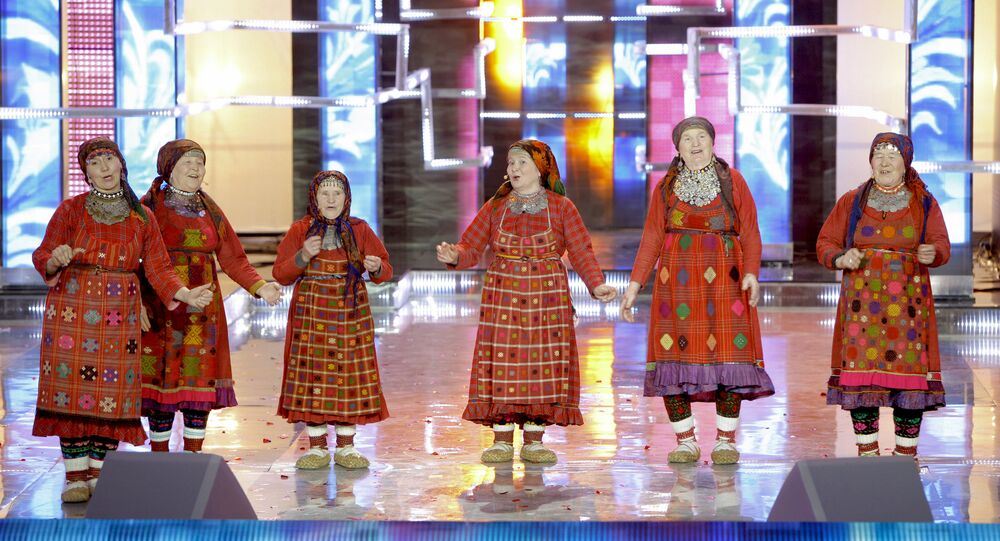 The grand finale of the popular song contest Eurovision 2016 will take place on May 14 in Stockholm, Sweden. Throughout the history of the contest there has been a variety of unusual singers taking part in the competition - from puppets to bearded women.

Here are the six most bizarre performers in the competition throughout its history.

Buranovskiye Babushki is an ethno-pop band consisting of eight elderly women from village of Buranovo, in Russia's Udmurtia region. In 2012, the band represented Russia in the song competition and took second place. Following the competition, their song "Party for Everybody" became a huge hit all across Russia and in neighboring countries.

Scandinavia is well-known for having the largest number of metal bands in the world. Therefore, it was not surprising when in 2006 Finland decided to send the heavy metal band Lordi to the Eurovision song contest.

The members of the band performed in unusual costumes of orcs and goblins and quickly gained popularity among the audience. The band bacome the first, and so far the last hard rock band to win the music competition.

The performance of Ukrainian pop singer Verka Serduchka, also known as Andriy Danylko, definitely surprised the European audience in 2007. Although some Ukrainians were dissatisfied with the choice and called Serduchka's style "grotesque and vulgar," the composition "Dancing Lasha Tumbai" eventually took second place in the Eurovision song context. The Guardian would later call Serduchka's performance "the best song never to win Eurovision".

Thomas Neuwirth (singer's real name) created the image of a "bearded lady" back in 2011, when he started to perform in various Austrian reality shows in a female dress and an impressive beard.

According to Neuwirth, Conchita Wurst promotes the rejection of conventional gender roles and seeks to expand the boundaries of tolerance in the modern society. In 2014, the "bearded lady" won the Eurovision song contest.

In 2008, the Irish decided to send to the "Eurovision" song contest a puppet — Dustin the Turkey, who was popular in Ireland in early 1990s. The puppet performed the song "Ireland Douze Pointe," but did not have much success. The audience which apparently perceived the competition too seriously booed at the unfortunate turkey and did not let the unusual performer qualify for the final.

Nevertheless, Dustin the Turkey, voiced by comedian John Morrison, is still well-known at home. He released 6 albums and 15 singles and is also a Goodwill Ambassador for UNICEF.

Nowadays, it is not surprising to see fans of plastic surgery voluntarily turning themselves into a replica of Barbie dolls. However, back in 1991 it was more or less a novelty. The Baby Doll who represented Yugoslavia in the song competition at that time and resembled a man dressed in a Barbie costume rather than a sexy girl didn't garner much approval among the audience. The composition didn't even enter the top ten and the unlucky performer disappeared from the European music scene.