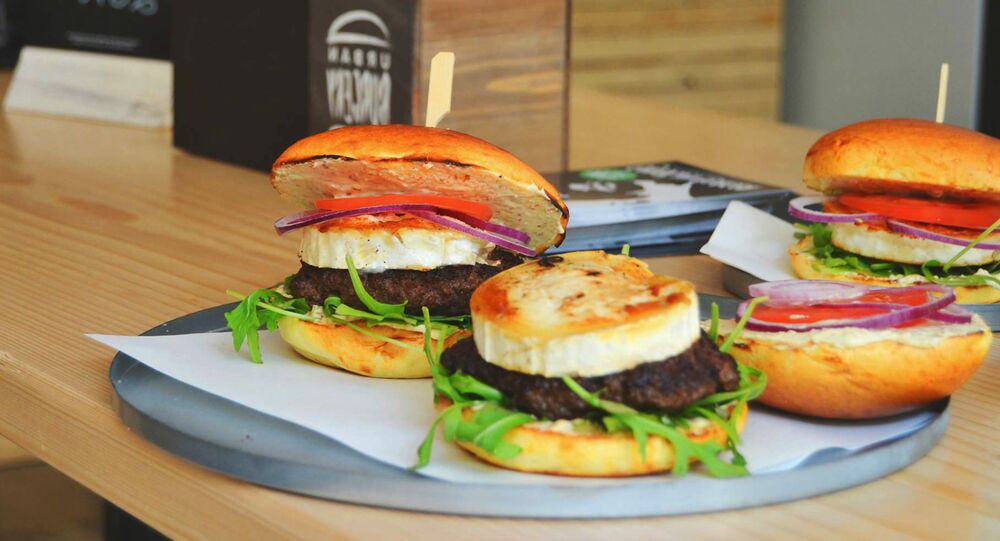 The owner of the Urban Burgery restaurant in Cologne had to temporarily shut down his establishment following a situation caused by the newest addition to the menu: the Erdogan Burger.

© REUTERS / Can Erok
Erdogan Regime Has Endangered Turkey's 'Democratic Architecture' With His Political Ambitions
The owner of the establishment, Jörg Tiemann, explained that he made this decision due to numerous threats he and his staff received via the restaurant Facebook page.

"Our restaurant is a small one, and our Facebook page is usually visited by 100-200 people per day. But then we suddenly got over 150,000 visitors in two days. Many comments were praising Erdogan while numerous others contained insults and threats. We weren’t exactly put off by that, but certain threats, including threats of bodily harm, shocked us, and our Turkish employees felt intimidated," he said.

Tiemann added that this development also prompted him to increase the security measures at his restaurant, including the installation of several high-definition CCTV cameras with night-vision capability.

Meanwhile, the recipe of the "burger of discord" turned out to be not a particularly complex one.

"We essentially took an ordinary burger and added goat cheese to the recipe. We came up with this idea after hearing about a journalist who was fined 7,000 euros for simply mentioning in one of his commentaries that Turkey had turned into an autocracy during Erdogan’s reign. We were shocked by the fact that no one does anything about it. I mean, the Turkish people living there might feel intimidated and reluctant to protest after those horrible events at Taksim Square. But the Turks living in Germany, the moderates, also don’t protest. So we thought about what our restaurant could do and came up with this idea," Tiemann said.

He also mentioned a new addition to the menu, a biscuit called Böhmermann-Cookie (named after German comedian Jan Böhmermann), which appeared to be a little less symbolic than the Erdogan Burger.

"Up until now our menu included only burgers, French fries, salad and coffee, and many of our customers asked us to add something sweet to it. So after those scandalous sentences for Turkish journalists we decided to make our move. And because in our opinion a purely symbolic gesture won’t do, all money earned from the sales of the Böhmermann-Cookie will be spent on supporting the incarcerated journalists," Tiemann declared.

He also said that the restaurant is unlikely to be threatened by Böhmermann’s supporters because of this move.

Erdogan's 'One Man' Regime: Turkey 'Headed Down a Dead-End Path'