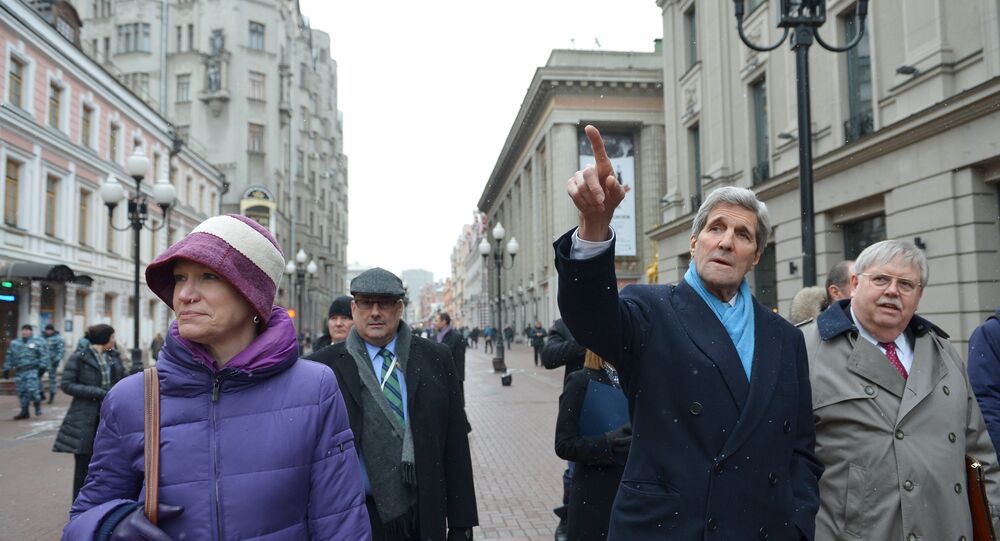 Russian Foreign Ministry spokeswoman Maria Zakharova used her own version of a famous poem by Robert Burns to comment on US Secretary of State John Kerry’s frequent visits to Moscow.

During a Friday press conference, Zakharova said she'd make a "lyrical diversion" and read her own adaptation of "My Heart's in the Highlands" by Robert Burns.

On a more serious note, Zakharova said the frequent phone calls and visits between Kerry and Russian Foreign Minister Sergei Lavrov show that problems in international relations cannot be solved without Russia's participation.

"As we now can see global problems can only be solved with participation of the Russian Federation," the spokeswoman said.

Just a few days ago Kerry phoned Lavrov to discuss the Syrian ceasefire.

A ceasefire hammered out by Russia and the United States has been in place in parts of Syria since late February. UN Special Envoy for Syria Staffan de Mistura said last week that the truce was barely holding and urged the two powers to save the peace process.