New Evidence Reveals Asteroids May Have Brought Life to Earth

Asteroids slamming into the surface of the early Earth could have created conditions for the development of microbial life, a fresh study suggests. 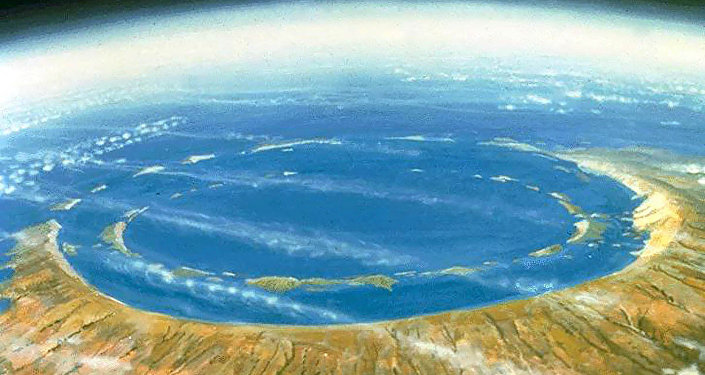 Sediments at the bottom of the crater were determined by researchers to contain heightened levels of carbon, pointing to the possibility that microbes could have once flourished there. The impact of a large space body could terraform the surrounding surface of the planet in such a way that it could support the formation of organisms, according to the researchers.

Scientists have claimed that the 1.8 billion-year-old Sudbury impact could not have triggered life, though some have countered that assertion, saying that similar impacts could have provided conditions necessary for the emergence of primitive organisms at a much earlier stage of Earth’s development.

© Photo : ESA/Rosetta
As Cold as Ice and as Old as the Sun: Cool Findings on Comet Churi
According to scientists at the Laurentian University in Sudbury, the ancient Canadian asteroid impact hurled debris for thousands of miles, creating multiple craters. Those craters filled with seawater and some may have formed hydrothermal vents. Alongside a rapid rise in temperature following the impact, chemicals contained within the craters could have provided the conditions required to form life.

The new study, by research team from the National Centre for Scientific Research (CNRS), adds evidence to that theory. The researchers conducted an experiment proving that ribose, a sugar necessary for the formation of RNA, a material vital for life, was carried to Earth within an asteroid or comet.