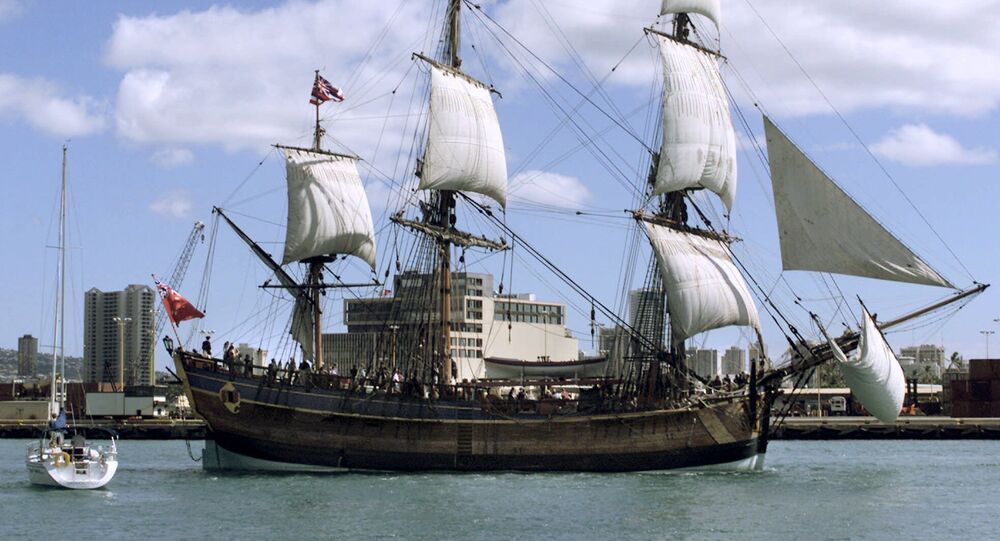 The wreckage of a ship sailed by noted British explorer James Cook has reportedly been discovered by a team of researchers off the coast of the state of Rhode Island.

© Photo : C. Daujeard / PLOS ONE 2016
Survival of the Fittest: Scientists Find Historic Traces of 'War' Between Predators and Humans
Researchers claim to have found the wreckage of the HMS Endeavour, a British Royal Navy research vessel once commanded by the famous British explorer James Cook which was scuttled near Newport, Rhode Island in 1778.

The vessel, which sank off the United States during the American Revolutionary War, is believed to be one of the most distinguished ships in naval history.

The HMS Endeavour was the very vessel aboard which Captain James Cook achieved the first recorded European contact with the east coast of Australia, Hawaii, and the first circumnavigation of New Zealand, according to media reports.

© Flickr / Allan Rostron
The three-masted boat in the foreground is a replica of Captain James Cook's ship, the Endeavour, 40% of the size of the original

Cook commanded the ship between 1768 and 1771, when his famous voyage to map the uncharted waters of the South Pacific Ocean took place; for years the wreck's whereabouts have remained a mystery.

It was tracked by the Rhode Island Marine Archaeology Project (RIMAP) which said that they found the wreckage at a site that included five other vessels and that is located off the state of Rhode Island in Newport Harbor.

"We know from its size, dimension and these records that the Sandwich was the Endeavour," RIMAP said, adding that they plan to launch a campaign to finance the construction of a storage facility for accommodating possible artifacts which might be found at the site.