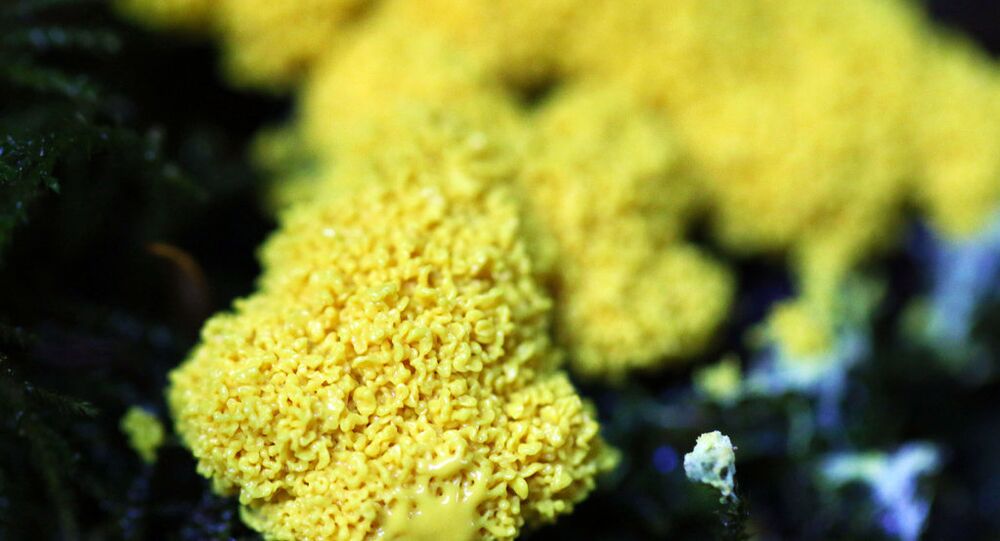 The theory that our highly-developed nervous system provides us with the unique capability to learn has been shattered, as French researchers have proved that protozoans can acquire information and skills requiring a brain.

Physarum polycephalum, a type of slime mold, appears to be capable of learning, according to a new study by biologists from Toulouse-based Centre de Recherches sur la Cognition Animale.

The fact that this form of generally unicellular organisms existed on Earth 1.5 billion years ago, long before the emergence of species with developed brains, puts into question contemporary evolution theory, the scientists pointed out.

© Photo : Jeff Scovil/Oak Ridge National Library
Beyond Gasses, Liquids and Solids: Researchers Discover New Water State
The revelation came after the researchers carried out a row of "habituation learning" tests involving slime molds. The organisms were put in situations where they had to cross jellied obstacles to reach food. While one of the obstacles was pure, others contained quinine or caffeine, both of which are safe for the organisms to contact, but bitter in taste.

At first the molds avoided contact with the jelly containing substances, but once they realized that crossing an obstacle was necessary to eat, the move was accomplished. It took mold specimens two days to become acclimated to quinine and caffeine. All the jelly “bridges” were crossed in six-day period.

“What’s interesting about slime molds is they appear to be simple, because there is only one cell, but they are capable of amazing stuff, things that we thought were only possible with nervous systems or brains,” Romain Boisseau, a lead author of the study, told the Los Angeles Times.

© Flickr / Mehmet Pinarci
Back From the Dead: DNA of Deceased to Boost Danish Research
The molds appeared to be able to distinguish quinine from caffeine, navigate the jelly mazes to choose food, and also becoming aware of one another, the scientists noted, stressing that these factors indicate cognition.

“Slime molds are redefining what you need to have to qualify as intelligent,” Chris Ried, a biologist, said.

The outcomes of the tests spotlighted an as-yet-unknown “capacity for learning” in organisms with no central nervous system, accelerating investigation into how “manifestations of learning evolved."