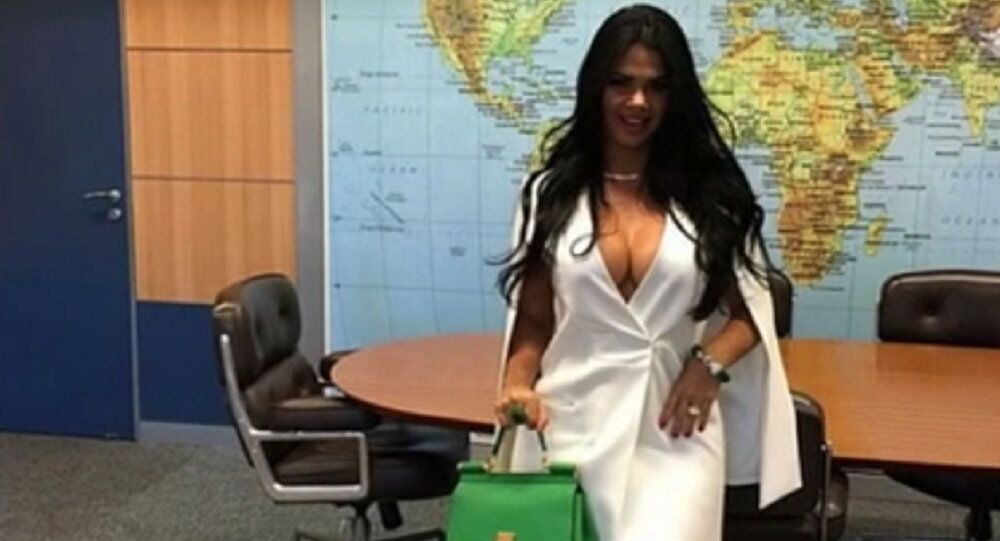 A series of candid shots of Milena Santos, wife of Brazil’s new Minister of Tourism, Alessandro Teixeira, have caused an uproar on social media.

In the pictures Santos poses half-naked in front of the Brazilian Congress, covering her juicy bits with only one presidential ribbon in the colors of the country’s flag.

Referring to herself as the First Lady of Tourism, she told local media that the photos were taken back in the day before her marriage when she was participating in the Miss Bumbum USA beauty pageant, which she won in 2013.

​According to her the purpose of the photo shoot was to reach out to Brazilians who “pay more attention to the naked buttocks instead of what is actually in need of attention.”

Basically, the photos in front of the Congress were taken long ago, but it attracted the attention of the press and social networks only now after her husband was appointed the Minister of Tourism.

​Despite the frivolous look, the former Miss BumBum expressed quite a sharp and critical look at the current political situation of Brazil.

In her latest statements, she was critical of the selective nature of the corrupt investigations in the country and towards the chairman of the lower house of the Brazilian parliament, Chamber of Deputies, Eduardo Cunha who initiated the impeachment procedure of the President of Brazil Dilma Rousseff, who was involved in various corruption scandals.

​In addition to her critical statements, Milena Santos also ran for the City Council of the city of Salvador in 2015.

However, despite that, Internet users could not appreciate her political stance as much as her photos.

Syrian Beauty: A Century of Fashion in Just Two Minutes

Beauty and Materialism: What if Cars Were Supermodels

Terrorist Threat Spikes in Brazil Ahead of Summer Olympics