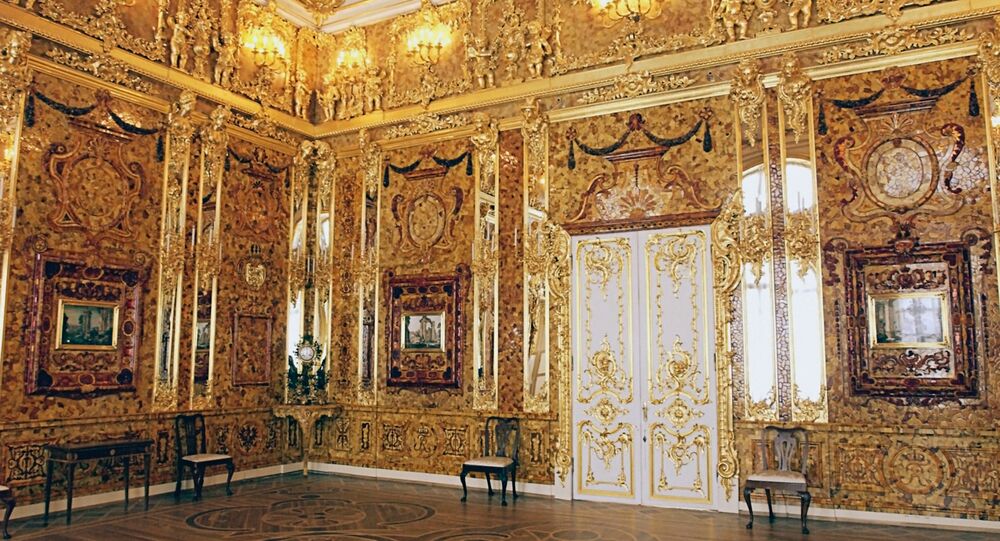 Polish museum curator claims that he managed to discover the possible whereabouts of a legendary Russian treasure looted by Germans during WWII.

According to RMF 24 radio station, Plebanczyk made his discovery using a ground-penetrating radar, and is currently seeking permission to drill a hole into the chamber in order to determine the nature of its contents.

He also added that in 1950s a sapper regiment of the Polish army stationed in the region was contacted by a man who claimed that during the winter of 1945 he witnessed a German truck convoy arriving at the bunker designated as Facility 31. The witness insisted that the trucks’ mysterious cargo was unloaded and stored at the bunker, and that the place was eventually walled up, RMF 24 adds.

The Amber Room chamber decorated in amber panels backed with gold leaf and mirrors was originally built for the Catherine Palace of Tsarskoye Selo near Saint Petersburg.

The chamber was constructed in 18th century and was lost during World War II after being looted by Nazi German forces – the Amber Room that is currently available on display is in fact a reconstruction completed in 2003.