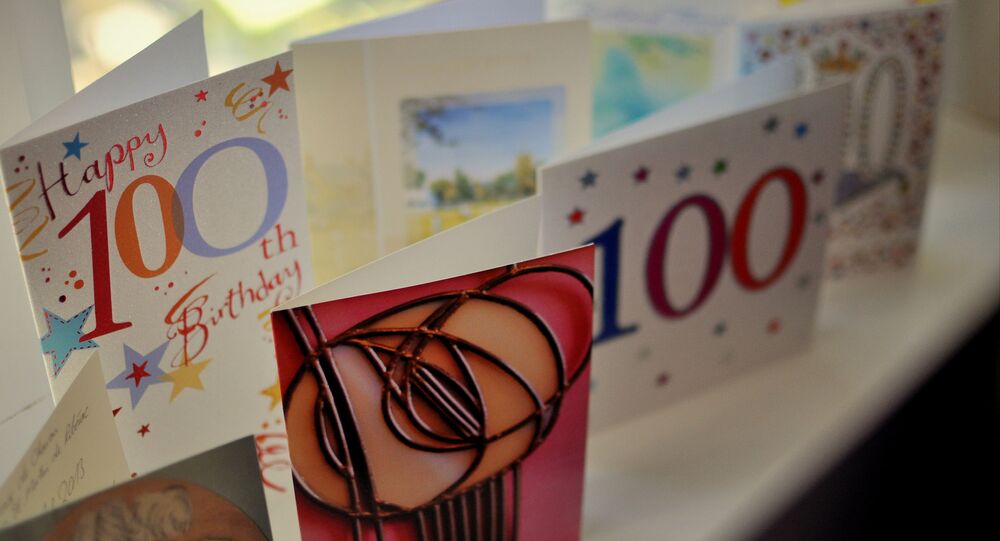 The world’s centenarian population will be seeing a massive boom over the next 35 years, as the population of people over 100 years old is expected to hit 3.7 million by 2050.

A recently released report from the US Census Bureau found that, for the first time in human history, the old are on a path to outnumber the young within the next four years.

The report, titled “An Aging World: 2015,” asserts that, while people under 5 will be outnumbered by those over 65 before 2020, the divide will continue to grow, and by 2050, those over 65 will more than double, while the population under 20 will remain stagnant.

“These two age groups will then continue to grow in opposite directions,” according to the report. “By 2050, the proportion of the population 65 and older (15.6%) will be more than double that of children under age 5 (7.2%). This unique demographic phenomenon of the ‘crossing’ is unprecedented.”

© Photo : YouTube/Ruptly TV
Died of a Broken Heart? Elderly Man Passes Away Failing to Find His 4-Legged Friend
According to Pew research, currently there are 7.4 centenarians for every 10,000 adults aged 65 and up, but it is estimated that by 2050 that number will soar to 23.6%.

Despite the fact that older people are living longer, the average life expectancy globally still remains at 71, while in the United States the average is approximately 80, according to the World Health Organization.

The highest life expectancy worldwide is found in Monaco, where the average is 89.52, followed by Japan with 84.74, and Singapore with 84.68. The United States is not in the top 10.

US Meals Programs for Elderly Miss 90% of People in Need