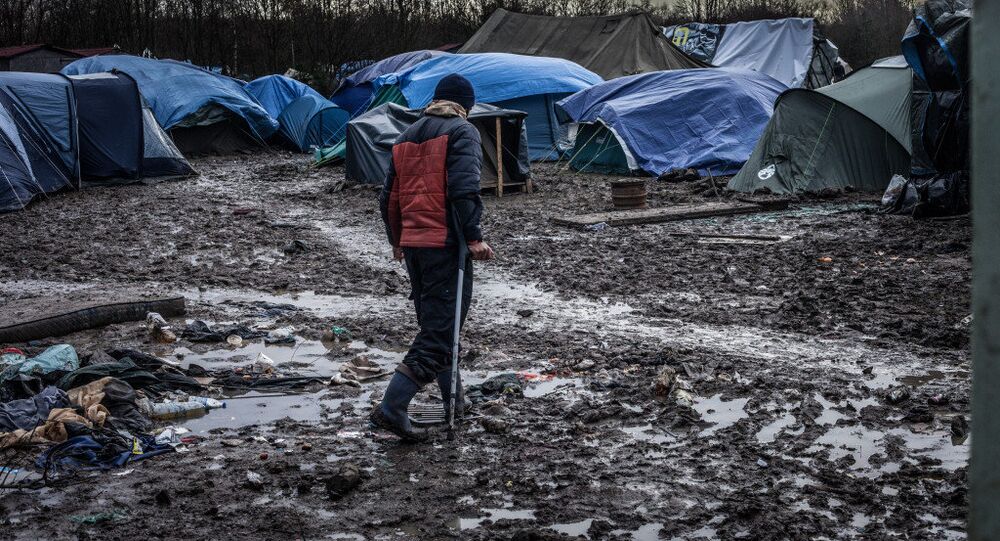 Ehsan Azizi, a 24-year-old Afghan man, worked as a translator from 2012 to 2014 with the NATO mission in Afghanistan.

© AP Photo / Gregorio Borgia
European Governments Give Conflicting Accounts of Recent Refugee Drownings
His employers promised him and his family safe passage to Europe but, as it turned out those promises were just empty words.

Ehsan did manage to get to Europe but without any help from his employers. He was faced with immense difficulty. Talking about his treacherous journey from Kabul to Europe and his lost hope in NATO, Ehsan spoke to Sputnik in an exclusive interview.

“In Afghanistan I worked as a translator with the NATO mission and I had my own projects: I with my companions built schools and roads in different provinces. When the alliance left Afghanistan I was left jobless. I wanted to go back home to Parvan province but that didn’t work out. My father is a staunch communist; he received his education in the Soviet Union. He just could not come to terms with the fact that his son was working with NATO.”

Ehsan stressed that the reason why he started working with NATO was because he was looking for safety. “There were many people who were like me. When we started working with the alliance we were always told about protection of human life and how if there were a real threat to me or my family we would be assisted in moving to Europe. Sadly, all of that was just false promises.”

He further spoke about how he went to all of the European embassies in Kabul after NATO abandoned him but no one there helped him. “I presented them with multiple photo evidence of my work as a translator for Dutch and Hungarian soldiers but all my efforts were in vain. They asked me for a guarantee letter and invitation letter for receiving the visa. But obviously I had none of that.”

© AFP 2020 / DENIS CHARLET
SMS That Really Mattered: Young Boy’s Text Message Saves 15 Refugees Suffocating in Truck
After being rejected from all these embassies, Ehsan had no way out but to travel with contraband. Talking about his journey to Europe, Ehsan said that nowadays from Afghanistan to Europe there is a whole system of contraband for refugees.

“From Afghanistan we were passed on to Pakistani contrabandists and from there to Iranians. From Iran to Turkey, five of us were stuffed into the bus’s petrol cabin and that’s how we traveled. In Turkey we lived in a dark attic losing sense of whether it was day or night.”

Ehsan further recalled that, “There we stayed for two weeks after which we were passed on to the Bulgarians. In Bulgaria I lived in a forest for days before being transported in the middle of the night to the Serbian border.”

The Serbian police arrested him and his travel companions and told them to leave the country within 24 hours.

“When we got to Hungary from Serbia, the police sent us to a refugee camp where they told us to do some work to get shelter to live in. We refused to do that and via contraband traveled to Germany. We spent around $8,000 to get here,” the translator said.

Although after the ordeal Ehsan managed to get to Germany, today he is living there as a refugee and his struggle is far from over.

“Today I am living in Germany; I have a refugee status here. I am learning the language and I hope to receive citizenship in time,” he concluded.