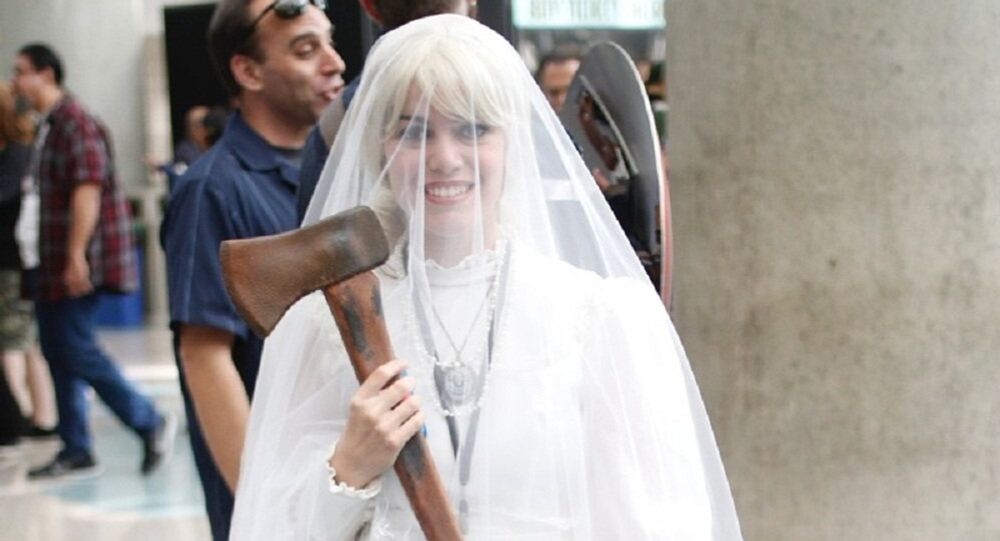 Axe and Roses: A Wedding Proposal That Will Leave You Breathless

Police in Russia’s St. Petersburg have arrested a young man following a very strange marriage proposal: the man broke into a clothing store when he thought his beloved was there with a very strange set of accessories: an axe and a bouquet of flowers.

© AP Photo / Ben Pruchnie/Pool
Life in a Fairy Tale: Five Modern Cinderellas Who Found Their Princes
A young man with an axe and a bouquet of flowers has broken into a clothing store in St. Petersburg with the express purpose of delivering a marriage proposal  to his beloved, whom he had not seen for a decade.

However, as it turned out, the young lady he saw in the store was a total stranger, which gravely enraged the axe-wielding proposer.

“The hooligan burst into rage when he saw an unfamiliar girl in the store. He started brandishing his axe, demanding that the girl call his beloved one,” police said.

An interesting detail is that the man called himself Joffrey, a reference to the male character Joffrey de Peyrac in the French novel Angélique, the Marquise of the Angels by Anne and Serge Golon.

© Photo : YouTube/Breaking News
Puppy Love: Over 5,000 Indians Attend Hindu Wedding… Between Two Dogs (VIDEO)
His real name is Pavel, however he decided to change it to Joffrey after he learnt that the object of his attention sympathizes with the character from the Angélique series.

The police got in touch with the man’s beloved lady only to learn that they had met only once, ten years ago. They exchanged phone numbers and have never seen each other since.

Pavel however has texted her regularly and several weeks ago confessed his love. He was insistent and adamant, the girl said, and threatened to kill her if she refuses him and afterwards kill himself.