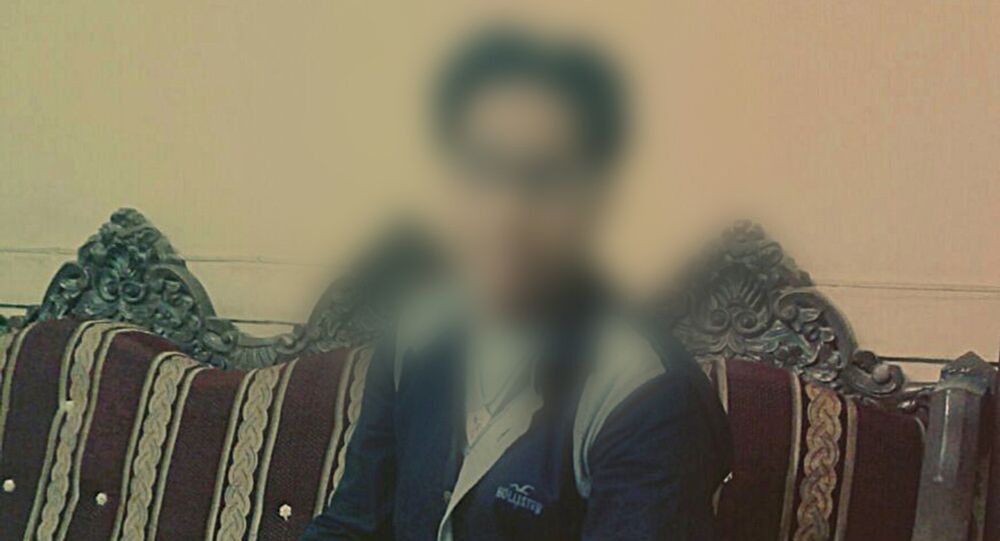 A young man from Egypt spoke to Sputnik about his transition from female to male and the difficulties that he has faced along the way.

Nader, who was Majedah before, divides his life based on just that. He became a man after certain events that he had to live through in his life.

Nader gave Sputnik a glimpse into the details of his personal life. His story has still not been accepted by the local population and is considered shameful in Arab society.

© Sputnik / Akhmed Badr
A young man from Egypt spoke to Sputnik about his transition from female to male and the difficulties that he has faced along the way.

After living for 21 years in a female body, Nader decided to undergo a sex change and become a man. Despite his traumatic transition no one accepts Nader as a man except for him.

“When I was 5 years old, I realized that something strange was happening with me. I told my parents about my strange feelings, but for various reasons we pushed these problems aside. Over time, I became more and more convinced that I wasn’t a girl, despite some signs of femininity,” Nader said.

The doctors only many years later were able to confirm that Majedah was not a girl.

“My genitals were upside down,” Nader said.

After confirmation of this fact, Nader had to resort to a number of plastic surgery procedures. First he needed the help of a psychologist, because to live in the body of a woman for 21 years and then to find yourself a man turned out to be a complete moral shock. After completing the course with the psychologist a series of plastic surgeries began.

Nader has not yet completed the sex change process and needs a few more plastic surgeries. Despite the fact that all operations and surgeries took place in official Egyptian hospitals, local authorities refused to change Nader’s documents.

The reason for that is because the government does not accept the conclusion of doctors from private hospitals.

“I will have another surgery in a public hospital, which will give me a certificate that will allow me to get recognition from the government saying that I am a man,” Nader said.

Before the sex change Nader was enrolled in Sports College in the city of Assiut, but when the college learned about his plastic surgery, Nader was prevented from continuing his studies.

“I tried to convince the Dean to allow me to continue my studies, but he told me that he will not allow someone like me to go onto the campus and be close to other students. For me it was a strong moral blow as my education and career have become threatened,” Nader concluded.