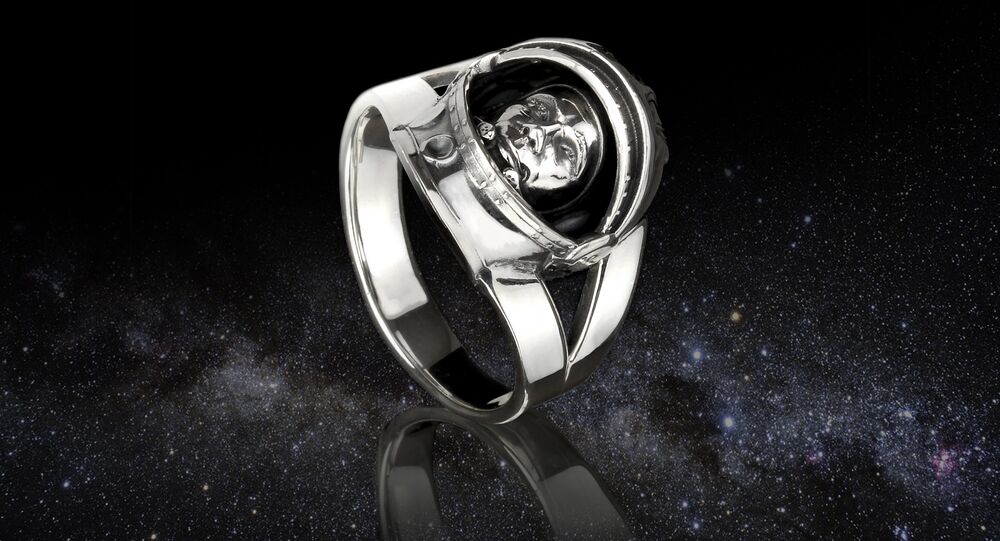 To celebrate April 12, the day when Soviet cosmonaut Yuri Gagarin became the first man to go to outer space, a Russian youth organization, Set ("Network"), decided to make 20 silver rings and present them to 20 prominent public figures who in some way or another were involved with space programs, their development and support.

The idea was developed by Gleb Krainik, one of the members of Set, to specifically celebrate Cosmonaut Day. After the initial idea was proposed, members of the youth group sat down and selected the top 20 people who in their opinion should get the silver rings.

© Photo : Fedpress
The rings are made from silver and have the image of Gagarin ingrained on them

"We'd like to present the rings to 20 people around the world — astronauts, scientists, researchers, managers — who all continue to lead humanity into cosmos," Krainik said, according to an official press release of the organization.

According to Vikhlyantsev, the silver rings with Gagarin image have already been delivered to the offices of Stephen Hawking and Patriarch Kirill.

Kip Thorne already received his ring and couldn't hold back his joy.

"It was a great honor for me to receive such a memorable gift, I'm gladly accepting it!" — Thorne said, according to the Set's press release.

© Photo : Fedpress
One of Set members, Gleb Krainik, came up with the idea to specifically celebrate Cosmonaut Day

After the exclusive batch of the rings intended as gifts to prominent public figures and space scientists, the youth organization plans to produce more rings in the future with the same design for the public to buy, Vikhlyantsev told Sputnik.