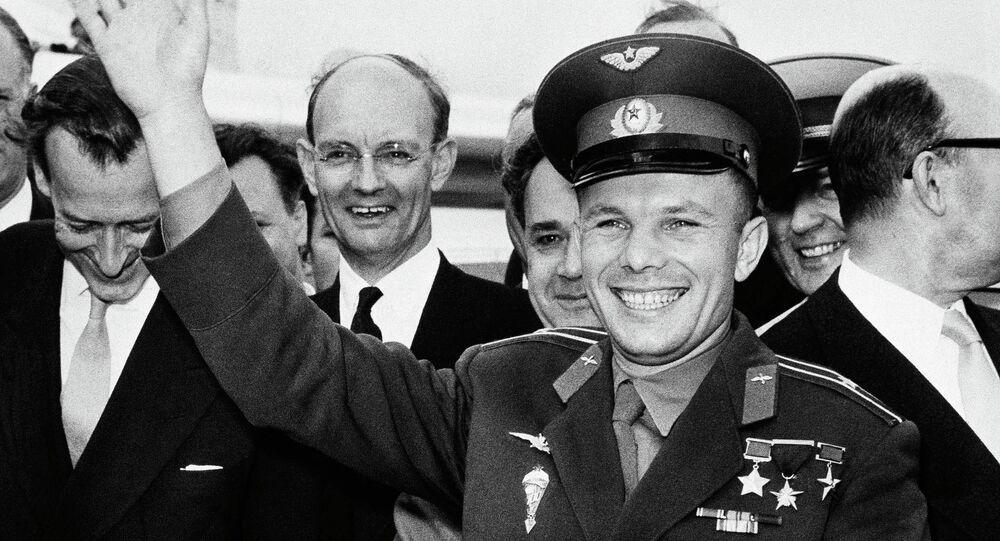 April 12, 1961, will always be remembered in history as the day when Soviet cosmonaut Yuri Gagarin, who was only 27 years old at the time, became the first man in space. Sputnik remembers Gagarin and his historic flight by sharing 10 commonly unknown facts about the world’s first cosmonaut.

Yuri Alekseyevich Gagarin became the first man in outer space when the Vostok-1 spacecraft with the Soviet cosmonaut on board was launched from the Baikonur space center on April 12, 1961, at 6:07 AM local time, marking a new era in human history.

1. Gagarin was born on March 9, 1934, in the village of Klushino, which was later renamed Gagarin, in the Smolensk District in the western part of Russia. Gagarin was the third of four children in his family, with his two older siblings deported to a Nazi concentration camp and used as slaves.

© Sputnik
Lavrov: Gagarin's Space Flight Marked New Era in Civilization History
2. As nobody could guarantee that Gagarin would be able to work in weightlessness, the Vostok-1 spacecraft was fully automatic. The cosmonaut was given a special code with which Gagarin could activate manual controls of the spaceship in case of an emergency.

3. Prior to his flight, a group of experts selected Gagarin out of many other candidates to be a cosmonaut after a series of psychological and physical tests. Gagarin was the clear leader and had a strong sense of determination, purpose and competition. At the same time, Yuri was very friendly, polite and open-hearted. He had excellent memory and was very intelligent. His short stature (Gagarin was 157 cm or 5'2" tall) also contributed to his selection, as it was an advantage in the spacecraft's cramped two-meter wide cockpit.

4. The TASS news agency prepared three possible variants of news before the flight. The first one was written in case of success; the second — a call for help to find Gagarin if the Vostok-1 failed to reach the orbit and fell somewhere in a forest or the ocean; and the third one was about Gagarin's tragic death.

5. When Gagarin launched from the Baikonur space station he held the military rank of lieutenant. Right after landing, he was promoted to major.

6. A couple of days prior to his flight, Gagarin wrote a farewell letter to his wife Valentina in case he died during the flight. When the flight ended successfully, the letter was forgotten; however, Valentina received the letter in 1968 following a flight accident which claimed Gagarin's life.

© Photo : Youtube/Elena Busarova
'Let's Go!': Face of Yuri Gagarin, First Man in Space, Emerges on Lake
7. Gagarin was a family man. He married his wife Valentina at a young age and the couple had two daughters.

8. Considered as one of the heroes of the Soviet Union, Gagarin nonetheless was religious and even offered to restore the ruined Cathedral of Christ the Savior.

9. When Queen Elizabeth II met Gagarin during his visit to Britain, she asked for a picture to be taken with the Soviet Cosmonaut. Although according to etiquette it wasn't allowed, the Queen insisted, saying that Gagarin was a very special man.

10. Gagarin was scheduled to go to space once more, however, unfortunately the legendary cosmonaut died in a plane crash during a training exercise in 1968. Gagarin remains a hero of the Soviet Union and his statues stand in Russia to this day.

Vostok-1 Rocket Fragment With Gagarin's Signature Sold in Berlin for $9,700