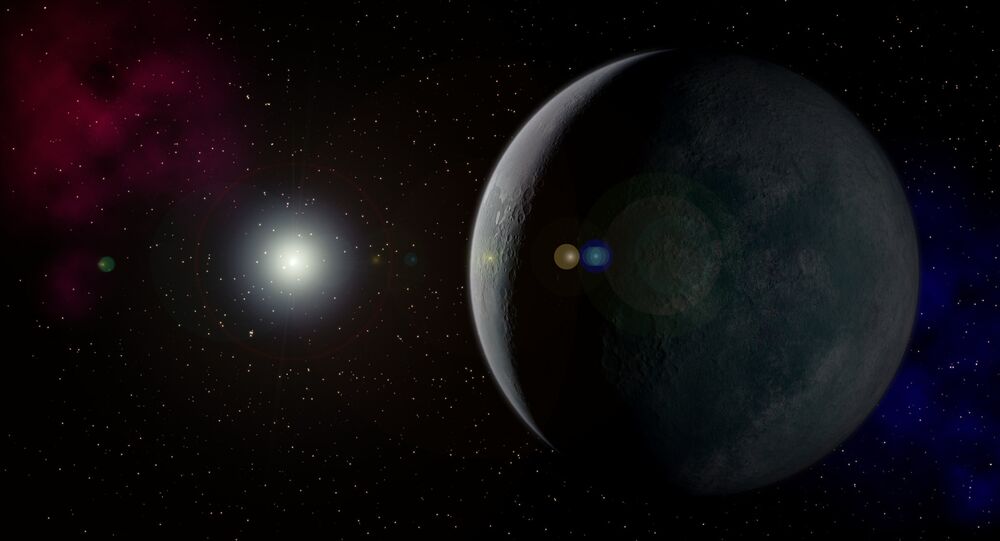 A team of Swiss astronomers has reportedly managed to create a model of the possible ninth planet in the solar system.

© NASA
Moon Mission: A Blueprint for the Red Planet
A model of Planet Nine, which may be hiding on the very edge of our Solar System, has been created by a team of astronomers from Switzerland, media reports said.

Astrophysics professor Cristoph Mordasini and Ph.D. student Esther Linder of the University of Bern in Switzerland described a potential ninth planet as nothing but a smaller version of the "ice giants" like Uranus and Neptune, with an atmosphere dominated by hydrogen and helium.

The two men also suggested that such a planet would be about 3.7 times wider than the Earth and that its temperature could be a frigid minus 226 degrees Celsius (minus 375 degrees Fahrenheit), just 47 degrees above absolute zero (Kelvin).

"This means that the planet's emission is dominated by the cooling of its core; otherwise, the temperature would only be 10 Kelvin," Linder was quoted by the website space.com as saying.

Mordasini, for his part, claimed that the possible ninth planet would be much brighter in infrared light than in visual wavelengths given that reflected sunlight would hardly add to the total radiation emitted by the planet.

"With our study, candidate Planet Nine is now more than a simple point mass; it takes shape, having physical properties," Mordasini said.

© NASA
Pluto's Secrets: Space Probe Shines Light on Dwarf Planet's Surface & Moons
The astronomers pointed out that more surveys and sophisticated instruments are needed to confirm or rule out the existence of Planet Nine. The instruments include the Large Synoptic Survey Telescope currently under construction in Chile.

Earlier this year, scientists said that they have some idea of the planet's size – ten times that of the Earth, but that they are less sure of its location. The mysterious planet's orbit could take anywhere between 10,000 and 20,000 Earth years, according to researchers.