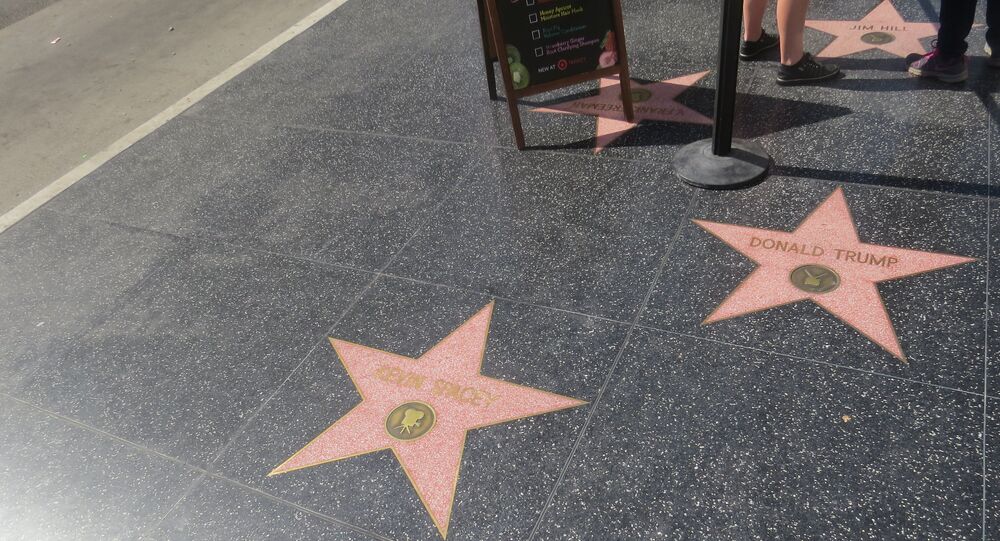 A petition to remove Donald Trump’s star from the Walk of Fame in Hollywood has gathered 13,000 signatures, as vandals continue to deface the spot.

Vimeo/Indecline
Black Lives Matter Takes Over Hollywood Walk of Fame
A petition to the Hollywood Chamber of Commerce and the Hollywood Historic Trust asks for the removal of presidential candidate Donald Trump's star from the Walk of Fame.

"Donald Trump has a star on the Hollywood Walk of Fame and it has been vandalized again and again since the start of his presidential campaign. It's clear that the community does not think he deserves to be represented there," the petition reads.

The star, added in 2007, has been reportedly vandalized multiple times, in incidents that included spray painting and even covering it in animal feces.

However, the Chamber of Commerce refuses to remove the mark, citing a lack of precedent.

"The Hollywood Walk of Fame is a registered historic landmark," Leron Gubler, the president of the Hollywood Chamber of Commerce, said in a statement. "Once a star has been added to the Walk, it is considered a part of the historic fabric of the Hollywood fame. Because of this, we have never removed a star from the Walk."

According to Gubler, "a celebrity's politics, philosophy, irrational behavior, outrageous remarks or anything like that have never been cause to remove a Walk of Fame Star."

In 2007 Trump received the 2327th star at the landmark, ostensibly for his role as producer in NBC's television show The Apprentice.

There are currently over 2500 stars on the Walk of Fame, which began in 1958, and several dozen are added each year.

One Click Away: From Hollywood Hit to Moscow Reality Show