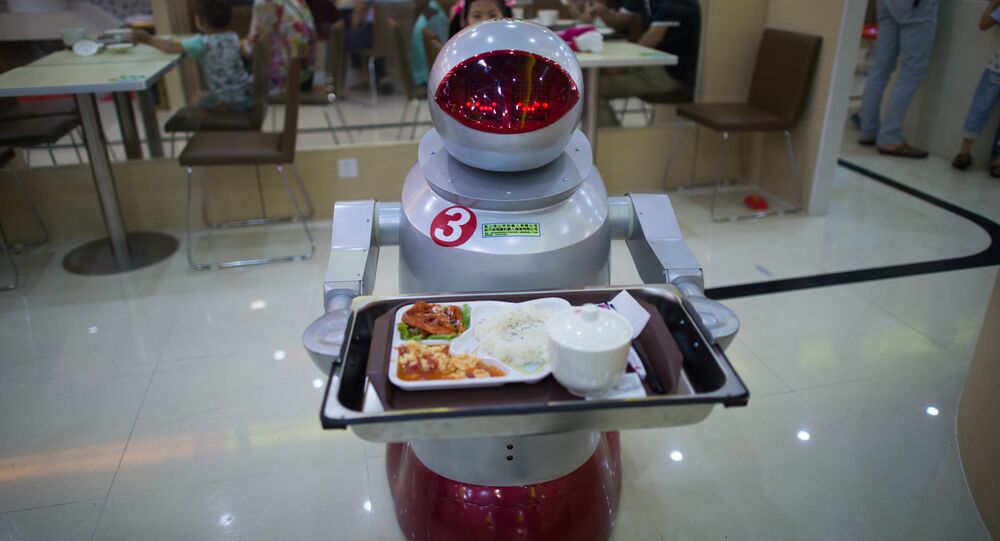 The advent of robot waiters in China has turned out to be less successful than entrepreneurs had hoped for and the restaurants which experimented with them have now dismissed their mechanical staff, Worker's Daily reported.

© Photo : IEEE Spectrum
Humans 'Turned On' When Asked to Touch Robot's 'Private Bits', Study Finds
Restaurants in the Chinese city of Guangzhou that were staffed by robot waiters have either closed down or turned to human help, after complaints from patrons and fellow staff about the robot's service, China's Worker's Daily reported on Monday.

"The robots weren't able to carry soup or other food steady and they would frequently break down. The boss has decided never to use them again," one employee told the newspaper.

"Their skills are somewhat limited," another waiter explained.

"They can't take orders or pour hot water for customers," and they had to follow a fixed route that sometimes resulted in clashes.

The restaurants paid approximately 50,000 yuan ($7,720) to hire each robot, and it cost a few hundred yuan each month thereafter to cover the cost of electricity and repairs.

Pixabay
Super-Realistic Robot Sophia Threatens to Destroy Humans
Restaurant managers in Guangzhou appear to have decided that the human touch is worth the premium; two restaurants which made use of robotic waiters have closed down and a third which remains open has fired all but one of the robots.

"The robots can attract plenty of customers, but they definitely can't reduce the need for human labor," said one restaurant boss.

Zhang Yun, vice-principal of Guangdong University of Technology, explained to Worker's Daily that while robots have proven excellent at improving the productivity of repetitive tasks on the factory floor, the bots are unable to perform well in environments where frequent human interaction is necessary.